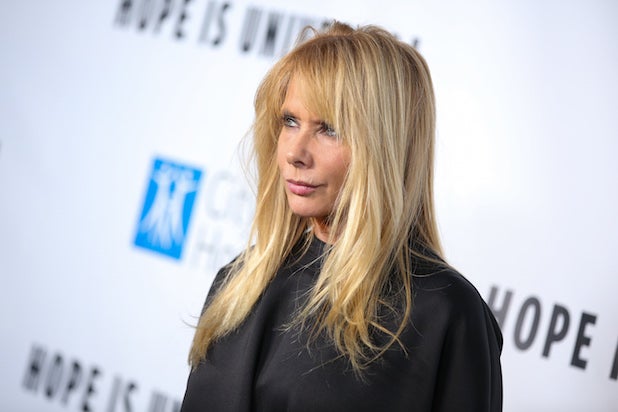 Actress Rosanna Arquette said Thursday the FBI advised her to make her Twitter account private after online critics lambasted her on Wednesday for tweeting that she was ashamed of being “white and privileged.”

Arquette, in an exclusive response to TheWrap, expanded on her comments and explained why she is now hiding tweets from anyone that is not among her 90,000 followers. “Yes I’m locked to protect myself. I was told by [the] FBI to lock it up,” she said, declining to respond to requests for more detail on the FBI’s role in her decision.

In her statement to TheWrap, Arquette detailed the “threatening and cruel” online response to her Wednesday tweet. “There are toxic and very vicious people on social media. Threatening and cruel,” Arquette said. “I said yesterday the I am ashamed of the color of my skin. I am privileged just because I’m white. I feel shame. Because of all the violence that is happening in America and other racist countries.”

The “Pulp Fiction” actress, the oldest of a family of actors that also includes “Boyhood” star Patricia Arquette and “Scream” actor David Arquette, added, “I was not raised to be racist. In fact my mother took me to Harlem to integrate and all black nursery school when I was 4. I feel truly desolate at the bigotry and severe racism that we are witnessing in 2019.”

Rosanna Arquette, who was one of the first prominent individuals to publicly accuse Harvey Weinstein of sexual misconduct, pointed to the disgraced mogul and a sinister “Boy’s Club” that she said she needed to be protected from. The FBI, Arquette said, compelled her to take her account private.

“On top of being one of the women who came out about [Harvey] Weinstein. The Boy’s Club is bigger than it ever [has been], so the attacks are really actually dangerous right now.  But that’s what they want to put me in a state of fear. And I say no. I will not be afraid so I will protect myself and I do have people around me who are ready to protect me if someone goes after me. Don’t f— with me is where I’m at.”

In her statement, she also referenced disgraced financier Jeffrey Epstein, who is awaiting trial on sex trafficking charges (he has pleaded not guilty). “We are witnessing the light being shed in the darkest parts of a hidden sick society [–] the selling of children for sex. Epstein is just the beginning. These sick f—- are going down.”

On Wednesday, the “Pulp Fiction” and “Crash” actress tweeted she was “sorry I was born white and privileged. It disgusts me. And I feel so much shame.”

That tweet provoked a severe response from Twitter users, many of whom sardonically suggested Arquette give away her money to atone for her privilege. Others said it was a textbook case of self-hatred and Hollywood “wokeness” run amok.

“What a patronizing, self-important person,” one user said, replying to Arquette’s tweet. “Supposedly carrying so much shame [and] guilt that no one should think of her as an overall well-off person. Well, give it all to charity if you’re so guilt-ridden?”

Arquette has been a vocal critic of President Trump and his administration on Twitter, tweeting this week he “incites racist violence. The end.” She also tweeted on Tuesday that she planned to “never stand for the flag again.”