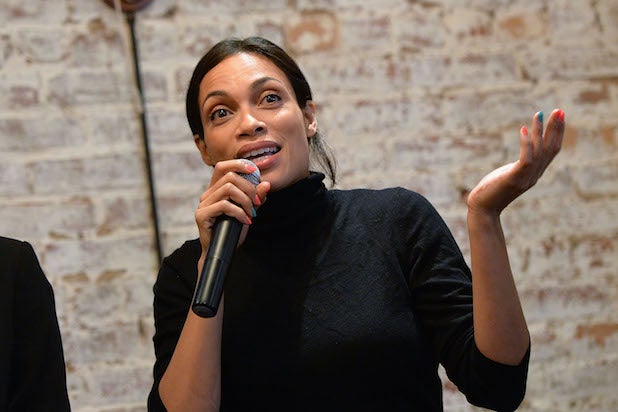 USA Network has given a series order to anthology drama “Briarpatch” from “Mr. Robot” creator Sam Esmail, that will star Rosario Dawson.

The first season is based on Ross Thomas’ novel of the same name, which sees Dawson playing a gender-swapped version of Thomas’ lead character, Ben Dill.

Dawson plays Allegra Dill, a dogged investigator returning to her border-town Texas home after her sister is murdered. What begins as a search for a killer turns into an all-consuming fight to bring her corrupt hometown to its knees. The season celebrates the beloved genres represented by Thomas’ book — a stylish blend of crime and pulp fiction — while updating his sense of fun, danger and place for a new generation.

“When we were first introduced to the anthology by Andy Greenwald, UCP and Paramount Television, we were immediately struck by the show’s unique tone and captivating story,” said Chris McCumber, president, entertainment networks for NBCUniversal Cable Entertainment. “And Sam Esmail’s incomparable vision and style, coupled with Rosario Dawson’s tremendous performance as Allegra Dill, will no doubt leave audiences buzzing.”

The pick-up comes ahead of the fourth and final season of “Mr. Robot.”