Rose McGowan in a pair of Twitter videos explained why she did an interview on Fox News in which she stated Democrats are in a cult, saying she also mentioned Republicans are in a cult and that her goal is get people to think for themselves.

“Tonight they’ll run with ‘Rose McGowan says Democrats are in a cult.’ But I also said Republicans are in a cult too. If you lean deep into anything and refuse to hear anything else, and you’re serving a master that there’s no evidence they’re serving you, then maybe you’re in a cult,” the activist and former actress said on Twitter. “The fact that Fox News let someone like me that’s a humanist that’s trying to break s— down and help deprogram people from cults they’re not aware they’re in, is pretty f—ing extraordinary. All I want to do is spread the message we’re better than we have to be.”

On Monday, McGowan sat down Fox News contributor Tammy Bruce and reiterated her own background of growing up in a cult and why she’s since left the Democratic party. Though she also said on air that she does not necessarily share the conservative beliefs or personal freedoms of people who might have been watching.

“I always say I come in peace. I am not here to make people feel bad about their political choices. But I am here to say that you might be in a cult too if you don’t know the signs,” she said. “I do believe Democrats most especially are in a deep cult that they really don’t know about and aren’t really aware of.

She continued: “I leave the Republicans alone more because I do respect people more that are like, this is what we are, this is what we’re about, this is what we’re against. But I find that the Democrats are really pretty much almost against all the same things, they’re against changing the world for the better, and they’re for keeping a system in place that is for so few people and benefits so few that they masquerade as the helpers.”

McGowan later on Monday night thanked Bruce for the “intelligent conversation” and told people to “watch this before you judge me.” The comment came after commentator Keith Olbermann replied to McGowan’s Twitter videos saying “they used you.” 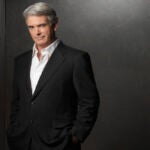 She also left Bruce’s audience with a last piece of advice, saying that “your personal freedom comes at the price of you realizing how you’re being controlled and where it’s coming from.”

“I would make a list, your belief system, and figure out what part of it is organic to you and what part of it has been implanted in you by Hollywood or your leaders. We have to examine what we believe in and why,” she said. “I’m not conservative in my beliefs. I believe in different personal freedoms than maybe people watching this, but I can still be your friend, I can still be your ally, and I can still want the best for you.”

Watch Rose McGowan’s Twitter videos below and her full Fox News segment above.