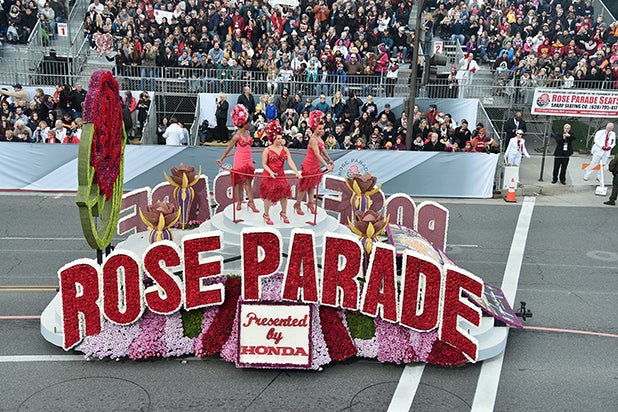 The Rose Parade has been canceled for New Year’s Day 2021 due to the coronavirus, the Pasadena Tournament of Roses Association announced Wednesday in accordance with California governor Gavin Newsom’s Phase IV reopening schedule.

It is the first time in 75 years that the parade has been canceled.

The association also hosts the annual Rose Bowl football game, and planning for the college football playoff is still ongoing.

“The health and well-being of our parade participants and guests, as well as that of our volunteer members, professional staff and partners, is our number one priority,” Bob Miller, 2021 president of the Pasadena Tournament of Roses Association, said in a statement. “Obviously this is not what any of us wanted, and we held off on announcing until we were absolutely sure that safety restrictions would prevent us from continuing with planning for 132nd Rose Parade.”

Planning for the following year’s Rose Parade typically kicks off in February, even though the parade itself is more than five months away.

“In addition to the advance planning required by our band and equestrian units, the construction of our floats takes many months and typically requires thousands of volunteers to gather in ways that aren’t in compliance with safety recommendations and won’t be safe in the coming months,” David Eads, executive director and CEO said in a statement. “While we are extremely disappointed that we are unable to host the parade, we believe that not doing so will prevent the spread of COVID-19, as well as protect the legacy of the Rose Parade for generations to come.”

As for the Rose Bowl game that also takes place in Pasadena on January 1, many questions remain about what this fall’s NCAA football season will even resemble, with some divisions having announced that they will play entirely within their own divisions during the 2020 season.

“We continue to work with the College Football Playoff and our collegiate partners to explore what this year’s college football season will look like amidst COVID-19 and social distancing guidelines,” Eads continued. “While the safety and well-being of the student athletes, university personnel and fans is our top priority, we remain hopeful that the Granddaddy of Them All will take place on New Year’s Day.”

Also Read: Head of Coronavirus Testing Rebuffs Trump: 'None of Us Lie' (Video)

“We all know what the Rose Parade means to us here in Pasadena, as well as to New Year celebrations around the world. To know that we won’t get to experience this great tradition on January 1, 2021, is extremely disappointing. However, we also know that we must act responsibly to protect our community in the face of the COVID-19 pandemic,” Pasadena mayor Terry Tornek said in a statement. “We look forward to working with the Pasadena Tournament of Roses on their reimagined New Year celebration, as well as the return of the Rose Parade on January 1, 2022.”

The Tournament of Roses did explore options to host the parade during the pandemic and employed Keck School of Medicine of USC experts in implementing public health safety guidelines such as wearing masks and attempting social distancing. But they determined that it would inevitably lead to large numbers of people in close proximity to one another, including many retirees over the age of 60, creating a high-risk environment or “super-spreader” event. The parade also attracts travelers from all over the world and the country and could lead to the spread of the virus to other regions.

The Tournament of Roses however will celebrate New Years 2021 in some form and are working with broadcast partners and sponsors to do so.

“Each year, the country turns its eyes to Pasadena for America’s New Year celebration and we plan to deliver on that important promise,” Eads said. “We may not be able to host our traditional five-mile march down Colorado Boulevard, but we are exploring new and safe ways we can collectively share in the celebration, and we look forward to announcing further details about our exciting new plans in the coming weeks.”