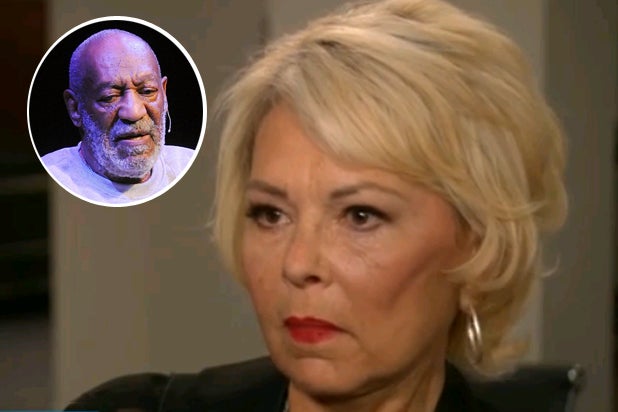 Roseanne Barr has once again chimed in on the sexual assault scandal surrounding comedian Bill Cosby, saying that, while Cosby’s reputation has been damaged by the scandal, he still has an opportunity to make things right.

“I have hopes for this great comic,” Barr told Access Hollywood‘s Shaun Robinson. “I do. I have hopes that he would just make it clean, and make it, you know, make it right, and I do think he could do that.”

Asked by Robinson how Cosby, who’s been accused of sexual assault by numerous women, could make amends for the alleged wrongdoing, Barr suggested that Cosby might put his fortune to good use.

“There’s so many ways. He’s got a billion bucks,” Barr said, later suggesting that he could set up a scholarship to help mend fences.

Barr also suggested that an apology would help Cosby smooth things over. “You know, there’s a million ways around it to go,” Barr said. “But there’s nothing more powerful than, ‘I am sorry.'”

Cosby has denied any wrongdoing amid the growing scandal, which most recently saw former entertainment executive Cindra Ladd accusing the comedian of drugging and raping her in 1969. Nonetheless, his career has suffered amid the flurry of accusations. NBC ditched plans to develop a comedy that would have starred Cosby, while Netflix postponed a Cosby comedy special.

Barr has touched on the scandal in the past. The actress-comedian took to Twitter in November, posting a bloody photo of herself with the caption, “Got a chemical peel to look more sexier. Joked about tussling Cosby.”

Watch Barr lay out Cosby’s possible roadmap to redemption in the video.