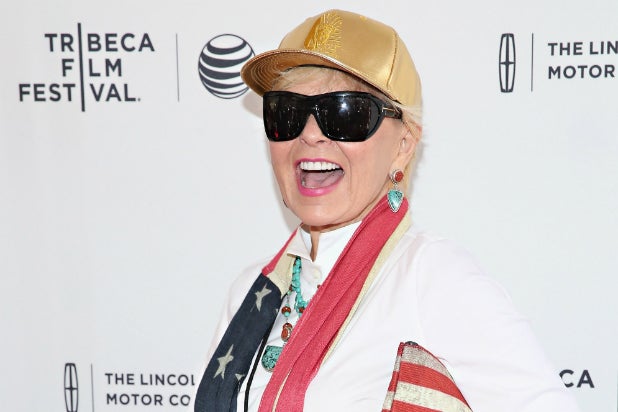 Roseanne Barr is losing her eyesight to a nasty combination of glaucoma and macular degeneration, the actress revealed on Monday.

Barr made the admission in an interview with the Daily Beast, as an aside to expressing her affinity for marijuana.

“I have macular degeneration and glaucoma, so [pot is] good for me for that because I have pressure in my eyes,” Barr told the site. “It’s a good medicine for a lot of things.”

Also Read: Roseanne Barr on Bill Cosby Scandal: 'I Have Hopes for This Great Comic' (Video)

“My vision is closing in now,” Barr added, saying the diseases will ultimately claim her eyesight. “That one’s harsh, ’cause I read a lot, and then I thought, ‘Well, I guess I could hire somebody to read for me and read to me.’ But I like words and I like looking. You do what you have to do. I just try and enjoy vision as much as possible –y’know, living it up.”

The actress and environmentalist is in New York for the Tribeca Film Festival, where “Roseanne for President!” — a documentary on her failed 2012 White House run — premiered on Friday.