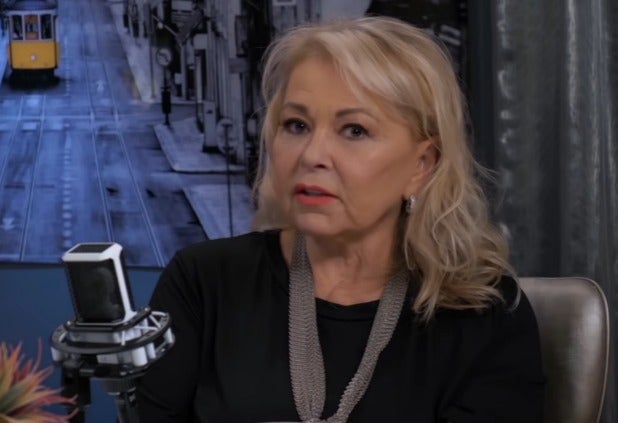 The comedian sat down with conservative commentator Candace Owens in an interview posted on YouTube about politics, Hollywood, race, religion and the #MeToo movement. She took specific aim at the women who accused Louis C.K. of sexual misconduct in his hotel room.

“If you don’t run out the room, and go, ‘Excuse me, you don’t talk to me that way, you don’t do that to me, excuse me,’ and leave, but you stayed around because you’re like” — she feigned tears — “‘I thought maybe he was gonna give me a writing job,’ well you ain’t nothing but a ho.”

She added, “They’re pretending that they didn’t go to trade sexual favors for money.”

Goodman and Wolov said that Louis C.K. invited them back to his hotel room for a nightcap after a 2002 show in Colorado, and that as soon as they sat down, he asked to take his penis out. They thought he was joking.

Contrary to Barr’s account, neither the Times nor Louis C.K. has ever said the women sought money.

Louis C.K. said in a statement that he initially believed “what I did was O.K.” because he asked the women first. But he said he later realized that because of his power over them, such a request “isn’t a question. It’s a predicament for them.”

“The power I had over these women is that they admired me,” he said in the statement. “And I wielded that power irresponsibly.”

Barr interjected, “She slept her way to the bottom.”

Barr said her insight into women is different than most because she has two sons — 23 and 40 — and five grandsons. “I know a ho when I see one,” she told Owens. “I’m telling ya, they come for my boys ’cause my boys, you know, I’m their mom and they’re, you know, we have a little bit money. So I got an eagle eye for this thing.”

You can watch and listen to Barr’s complete interview below.