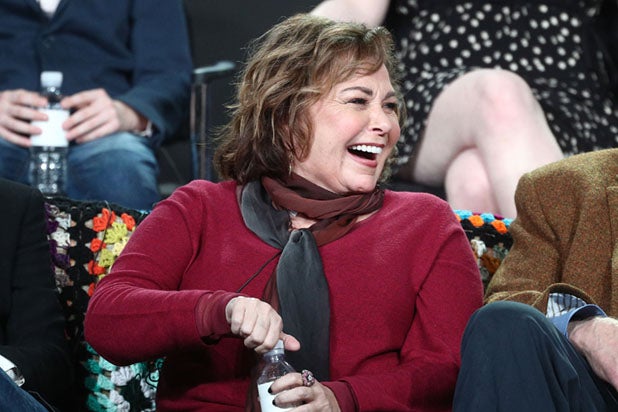 Roseanne Barr is out both a job on the small screen and the stand-up stage. The actress’ lone comedy show of 2018 — which was originally scheduled for Oct. 12 at the Theater at MGM National Harbor — has been canceled, TheWrap has learned exclusively.

“The Roseanne Barr performance at MGM National Harbor has been cancelled,” a spokesperson for the Maryland hotel and entertainment venue told TheWrap on Tuesday.

The National Harbor stand-up show was the only remaining one listed for Barr on Ticketmaster and Live Nation‘s calendars and the actress’ website does not cite any other gigs for the year.

MGM told TheWrap of their decision to put the kibosh on Barr’s performance not long after ABC axed the revival of her sitcom, “Roseanne.”

The Disney-owned broadcaster decided to cancel Barr’s show (the No. 1 show on television) following a comment she made on Twitter about Jarrett, a former adviser to Barack Obama, earlier this morning. Around the same time, Barr started an argument with Chelsea Clinton in which the actress repeated a racist and antisemitic conspiracy theory about George Soros. Disney CEO Robert Iger tweeted that the decision was “the only thing to do here,” and “the right thing.”

The actress apologized before ABC put out its statement, saying that her comment about Jarrett was a “joke” that was “in bad taste.”

Barr was also dropped by her talent agency, ICM Partners, Tuesday over the remarks, which they found “disgraceful and unacceptable.”