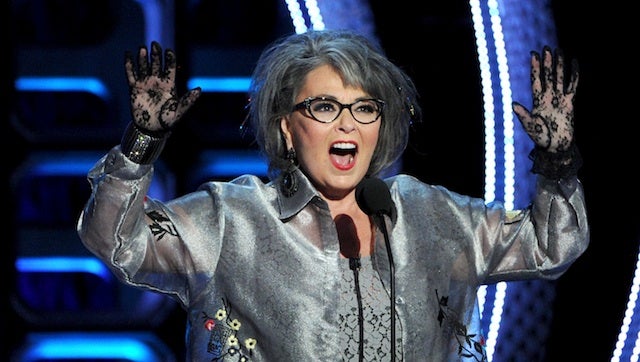 NBC is betting on the up-again-down-again Roseanne Barr, signing the television icon to an overall deal that calls for her to develop a show she will star in and produce for the network.

She will executive produce the series with Steven Greener, with whom she collaborated on "Roseanne's Nuts" for Lifetime.

As part of the deal, Barr also will guest star in a three-episode arc on NBC’s “The Office” as talent agent Carla Fern. She will help Andy Bernard (Ed Helms) pursue the career in show business he has always dreamed about. That arc begins filming this week.

Barr came close to scoring a new show with NBC just a year ago. The network picked up her “Downwardly Mobile” to pilot last January but never ordered it to series. A multi-camera comedy starring Barr as a trailer park operator, it would have re-teamed her with “Roseanne” co-star John Goodman.

“Roseanne” aired on ABC for close to a decade, and was one of the top TV shows in the country for most of those years, winning her an Emmy and a Golden Globe. TV Guide named it one of the 50 greatest TV shows of all time in 2002, and it helped turn Barr, at its inception a stand-up comedian, into a TV star.

In the show's final year, she tried to launch a Roseanne Conner spin-off, but wasn't able to pull it off. She then segued into her own talk show, which lasted two years, before returning to stand-up comedy and taking assorted TV and film roles, making her big-screen debut in 1989s "She-Devil" with Meryl Streep.

In 1990 she performed a controversial, loud and screechy "Star-Spangled Banner" before a baseball game between the San Diego Padres and the Cincinnati Reds.'

She is represented by Paradigm.