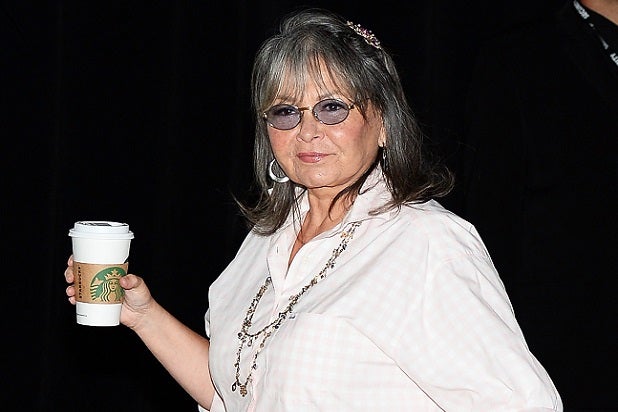 On Friday, Barr posted a series of tweets saying she “had enough” of being “censored or silence chided or corrected” and announced she was retiring “right now.” Several of those tweets were caught by USA Today before Barr deleted them.

i won’t be censored or silence chided or corrected and continue to work. I retire right now. I’ve had enough. bye!
— Roseanne Barr (@therealroseanne) December 29, 2017

Also Read: New 'Roseanne' Teaser Mocks Itself for Bringing Dan Back From the Dead (Video)

do not expect to hear anything more from me. Its a waste of time to oppose fascists here. bye!
— Roseanne Barr (@therealroseanne) December 29, 2017

the only way to WIN is not to play the game and I will not play.
— Roseanne Barr (@therealroseanne) December 29, 2017

Barr, whose classic sitcom “Roseanne” has been revived by ABC and will debut on Tuesday, March 27, has been a very vocal supporter of President Donald Trump and, as a result, anti-Trumpers have come out against her pretty hard on Twitter. Her latest outburst came on Friday with angry tweets from her and others, who praised President Trump while bashing liberals, former President Barack Obama and Hillary Clinton.

4 those who wonder-back in the day when I was called a ‘liberal’ by journalists, I used to answer-‘I’m not a Liberal, I’m a radical’ & I still am-I voted Trump 2 shake up the status quo & the staid establishment.
— Roseanne Barr (@therealroseanne) December 27, 2017

Late Friday night, Barr deleted all of her posts except a retweet that urged her followers to #BoycottRoseanne.

“I finally found a way how to delete old tweets! You might find it useful as well,” she added.

I finally found a way how to delete old tweets! You might find it useful as well: https://t.co/ggO6NpHtD1 #happy #deletetweets