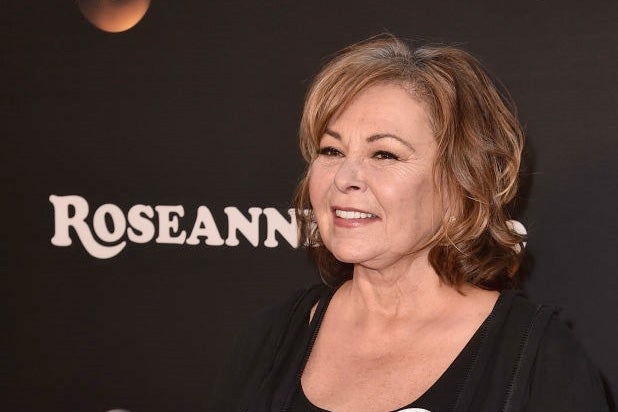 “I regret the circumstances that have caused me to be removed from ‘Roseanne.’ I agreed to the settlement in order that 200 jobs of beloved cast and crew could be saved, and I wish the best for everyone involved,” Barr said in a statement.

“We are grateful to have reached this agreement to keep our team working as we continue to explore stories of the Conner family,” Werner added.

ABC has ordered 10 episodes of “The Conners,” starring John Goodman, Laurie Metcalf, Sara Gilbert, Lecy Goranson and Michael Fishman. The sitcom will air on Tuesdays at 8 p.m., though a premiere date is yet to be announced.

“Roseanne” was canceled in May after Barr tweeted a racist comment about former Barack Obama advisor Valerie Jarrett that suggested she was a product of the Muslim Brotherhood and “Planet of the Apes.”

“Roseanne’s Twitter statement is abhorrent, repugnant and inconsistent with our values, and we have decided to cancel her show,” ABC entertainment president Channing Dungey said in a statement to TheWrap at the time. Disney president Bob Iger echoed Dungey, saying on Twitter that the decision to cancel “Roseanne” was “the only thing to do here,” and “the right thing.”

Barr apologized before ABC’s statement canceling the show, saying that her statement was a “joke” that was “in bad taste.”

“I apologize to Valerie Jarrett and to all Americans. I am truly sorry for making a bad joke about her politics and her looks,” Barr said. “I should have known better. Forgive me-my joke was in bad taste.”

Since the cancelation, there have been several reports about a potential spinoff. ABC said that the spinoff will see the Conner family responding to a “sudden turn of events” that almost surely refers to Roseanne Conner’s exit.

“The Conners’ stories demonstrate that families can always find common ground through conversation, laughter and love. The spinoff will continue to portray contemporary issues that are as relevant today as they were 30 years ago,” ABC said in a statement.

Helford, Caplan and Rasmussen are also writers on the spinoff. The series is from Werner and Werner Entertainment.