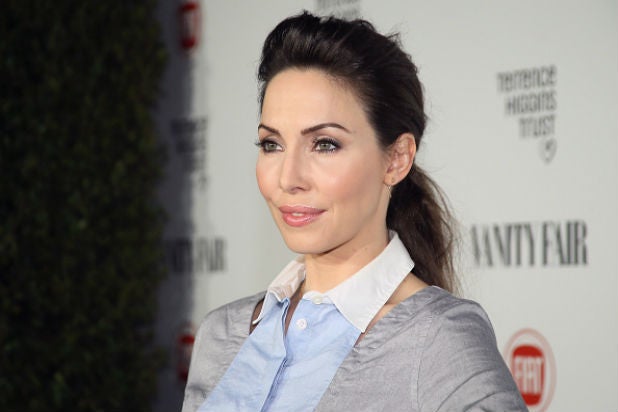 The next season of “Roseanne” will have one less showrunner. Co-showrunner Whitney Cummings will not return for Season 11 because of her busy schedule, with executive producer Bruce Helford taking on the role of showrunner by himself.

“I think Whitney is going to be too busy,” Helford first told reporters on Friday.

Hours later, Cummings confirmed via Twitter she would be leaving the hit ABC sitcom.

The comedian said on Twitter Friday morning that working on “Roseanne” was a “surreal, incredible experience.”

“Due to work commitments and my tour schedule, I’m gonna have to watch the Conner’s [sic] from the sidelines next season,” she said in her tweet. “It was an honor to work with such an incredibly talented group of actors, writers, and crew.”

“Harvey Levin, you can stop calling my cell phone now :)” she added.

Cummings is currently on tour and has a new book out titled “I’m Fine… And Other Lies.” She executive produced the first season of the revival along with Helford, Roseanne Barr, Sara Gilbert, Tom Werner and Tony Hernandez. The sitcom comes from Carsey-Werner Television.

“Roseanne” arrived for its revival on ABC to mega ratings — its premiere beat out its 1997 finale and more than doubled ABC’s projections.