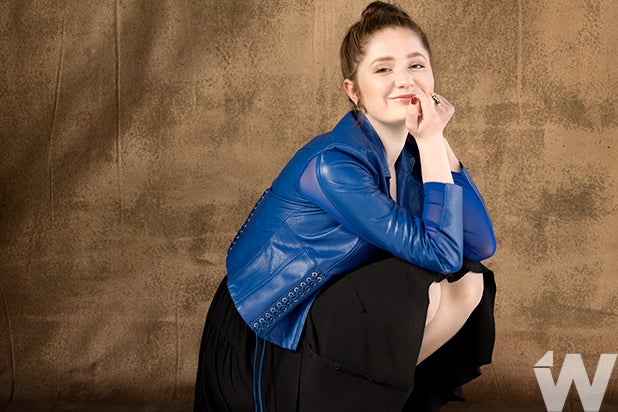 “Roseanne” star Emma Kenney says she is taking a break from Los Angeles and is seeking “treatment” after “running with a really fast crowd” and “doing things I should not be doing because it was illegal and I’m not 21.”

“hello & goodbye (for a bit) ive decided to take a break from social media and LA for a minute,” the 18-year-old actress said on Twitter on Monday. “this sounds so cliche but this town/industry can really get to you. going to re-find my peace happiness.”

“I was being naive and very immature,” she said in a longer statement on Thursday, according to Entertainment Weekly. “It wasn’t healthy, and it was making me feel even worse — anxious and depressed. It was just a slippery slope that I did not want to go down. And I knew that I needed to stop it.”

Also Read: Ratings: 'Roseanne' Is Queen of Another Tuesday Primetime

“I want to be the healthiest, best Emma that I can be, and I know that by going to treatment that’s what’s going to happen, and I’m going to continue on that positive road,” the actress added. “I just want to send a message to my fans saying that it’s OK to admit that you need help, and it doesn’t make you weak. I’m going to come out on the other side, the True Emma that I’ve always been.”

“I’m going to be seeking treatment for my battles,” she told InTouch Weekly earlier Thursday.

Kenney’s rep did not immediately respond to TheWrap’s request for comment.

Kenney plays Darlene (Sara Gilbert)’s daughter Harris on the “Roseanne” revival and is also known for her role as Debbie Gallagher on “Shameless.”

hello & goodbye (for a bit) ive decided to take a break from social media and LA for a minute. this sounds so cliche but this town/industry can really get to you. going to re-find my peace happiness✨✨✨✨✨✨✨✨xo emma ???? pic.twitter.com/6OWCDNrAW0