With a sad shake of the head, Rosie O’Donnell destroyed the Internet’s dreams of seeing her play Steve Bannon on “Saturday Night Live.”

TMZ approached the target of Donald Trump’s wrath as she was leaving Nobu in West Hollywood on Thursday to ask, once and for all, if she’ll ever play the White House’s top adviser on the late night show. She said, “No.”

But we pretty much knew this already…

Last week, O’Donnell’s reps confirmed to TheWrap that she would not appear as Bannon on the forthcoming episode, despite the Internet pining on her behalf after the actor went so far as to change her Twitter profile picture to this: 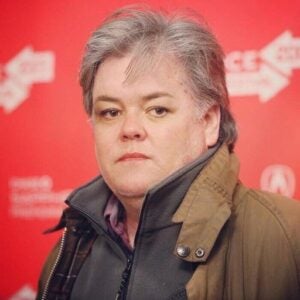 According to O’Donnell, that photo is all we’ll get of her as Bannon. “That was the whole impression — the photo shop, from start to finish,” she told TMZ.

Asked why Lorne Michaels won’t cast her, O’Donnell responded: “I’m not in the cast.” Neither is Alec Baldwin, who impersonates Donald Trump on the program. “But Alec Baldwin has hosted 17 times,” she countered.

O’Donnell was also pressed for a reaction to Thursday’s bizarre press conference, during which Trump lashed out at the media yet again. She claimed she missed it.

The pair have famously feuded with years, with the former “View” co-host recently coming under fire for publicly wondering if the President and First Lady’s son Barron might be autistic.

Back in 2006, the billionaire businessman called O’Donnell “disgusting” and a “slob” with a “fat, ugly face” — a response to some unkind things she said about Trump on her talk show.

Back to the Bannon impersonation — we think it’s wise to never say never, in spite of O’Donnell’s denials.