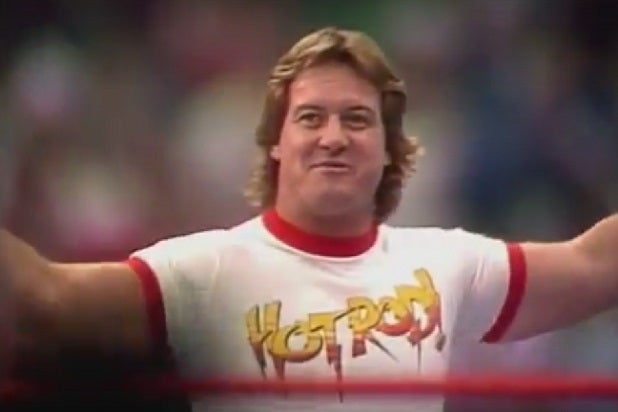 “Rowdy” Roddy Piper, the wrestling legend who died Friday at age 61, received a moving tribute on “Monday Night Raw” this week via a video montage.

The sequence opens with a chair emblazoned with the name “Roddy” on the back, along with a hanger holding a plaid kilt, an essential element of Piper’s ring costume.

The three-minute tribute then presents early images from Piper’s life and wrestling career before moving on to his superstardom, offering snippets of his famous feuds, including throw-downs with Jimmy “Superfly” Snuka and Mr. T.

As Piper’s life plays out onscreen, a voiceover extols his talents as both a provocateur and a wrestler.

“He is the original trash talker … he knew how to make people mad,” one voice notes.

“WWE is deeply saddened that Roderick Toombs, aka ‘Rowdy’ Roddy Piper — WWE Hall of Famer and Intercontinental Champion — passed away today at the age of 61,” the WWE said following his death.

Added WWE chairman and CEO Vince McMahon, “Roddy Piper was one of the most entertaining, controversial and bombastic performers ever in WWE, beloved by millions of fans around the world. I extend my deepest condolences to his family.”

Piper was diagnosed with Hodgkins Lymphoma in 2006, but said last year that he was free of the disease.

Watch the tribute in the video.