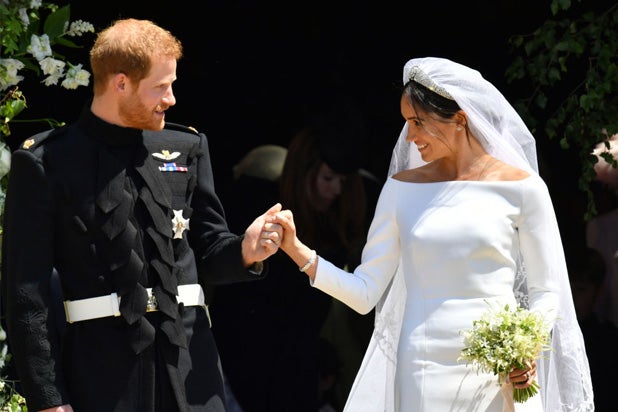 NBC narrowly claimed the crown after Nielsen ratings for the Royal Wedding were reported Sunday, with an average of 6.4 million viewers tuning in to see the “Today” live broadcast of Prince Harry and Meghan Markle exchanging vows from Windsor Castle in England.

Overall, an estimated 29.2 million people and 23.7 million households watched the royal nuptials across all the networks it was carried on, according to preliminary data. Those impressive numbers helped Prince Harry take the throne from his big brother — at least in the ratings kingdom — with Prince William and Kate Middleton’s 2011 nuptials being viewed by 18.6 million households and 22.8 million total viewers.

“Today” also had the top Friday broadcast for the wedding, averaging 4.25 million viewers for the lead-up special with 1.45 million in the 25-54 demo. “Today” brought the entire main team to England for the nuptials, with Savannah Guthrie and Hoda Kotb broadcasting from an on-location set overlooking Windsor Castle.