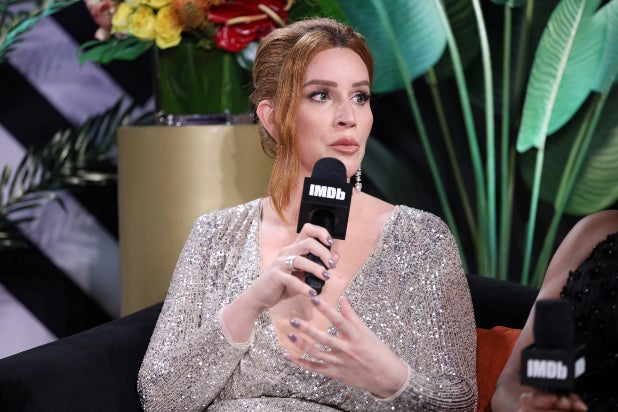 New Regency will redevelop “Rub & Tug” as a TV series that will star a trans actor in the lead role of Dante “Tex” Gill.

“Rub & Tug,” which had initially been developed as a feature, caused a firestorm two years ago when it cast Scarlett Johansson to play Gill, a trans massage parlor owner in Pittsburgh in the 1970s and ’80s who identified as a man. After severe backlash that the role of Dante should go to a trans actor, Johansson dropped out of the film, which clouded its future.

The TV version will star a trans actor in the role of Dante. Our Lady J. will write the pilot. Cindy Bruno Gill, Gill’s widow, as well as journalist and author Brendan Koerner, will serve as consultants on the project. Sam Hanson and Ed Rubin will run point for New Regency Television International. Ethan Erwin and Hal Sadoff will run point for Dark Castle Entertainment.

“Tex’s life story is like no other, and the rich landscape of this unexplored moment in time has truly captured my imagination,” said Our Lady J. “I couldn’t be more excited about the opportunity to write a gangster drama based on such a fascinating and diverse web of queer characters. The show is about the promise of reinvention, and the peril of losing oneself in the process. Tex Gill was out and proud in an era – the late 1970s – when living authentically came with the price of social ostracization, leaving him vulnerable to a life of crime and lawlessness. Having grown up in Pennsylvania myself, I’m also excited to delve deep into Pittsburgh’s underbelly as it unspools the story of Tex’s remarkable life – it’s also the story of a city’s struggle for rebirth and a proud community’s efforts to make its voice heard.”

Here is how New Regency describes the series:

“Rub & Tug” is the untold true story of Dante “Tex” Gill, the infamous transgender gangster who was a major figure in the criminal underworld of ’70s Pittsburgh. Tex tangled with the local mafia and became a key player in the city’s so-called “Massage Parlor War.” Tex’s inner circle, many of them LGBTQ+ and therefore forced to the fringes of society after experiencing discrimination, found a leader in Tex they could relate to and believe in. Together, Tex and his allies fought to build an illicit business empire and defend their turf from rival criminals, corrupt politicians, and the law.

Yariv Milchan, Chairman and CEO of New Regency added, “Tex’s anti-hero story deserves to come to life in a show that will embrace the politics of power, gender and sexuality. Our Lady J’s acclaimed status writing for and with the LGBTQ+ community will bring authenticity and dignity to this rich world of characters, and we have no doubt it’s a series that will resonate with audiences everywhere.”