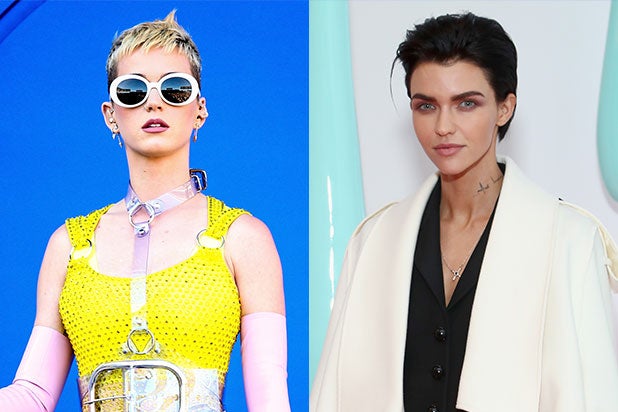 Ruby Rose is not happy with Katy Perry’s single “Swish Swish,” a song that has prompted many to believe it’s about Rose’s friend, Taylor Swift. The single also features Nicki Minaj.

“I just think with everything going on in the world to go from rebranding as a political activist only to ditch it and go low.. is.. a bummer,” she added.

The “Orange Is the New Black” actress did however give out one compliment about the song.

“Not gonna lie Nicki is great on it and basically the only part that doesn’t sound a mess,” she wrote.

"Purposeful poop" to "bomb a petit" to a sloppy mess of writing over the top of Funkagenda..stop trying to make 'Wit..I mean "fetch" happen.

I just think with everything going on in the world to go from rebranding as political activist only to ditch it and go low.. is.. a bummer.

I've always stood up for the people I love and against things I think are cheap or mean spirited. That's not new. You have to follow your ❤️

When Perry released her song on Thursday night, many of Perry’s fans thought the song was a response to Swift’s “Bad Blood” — which, back when it was released, also prompted many to believe it was about Perry.

The lyrics go, “Don’t you come for me / No, not today / You’re calculated / I got your number / Cause you’re a joker / And I’m a courtside killer queen.” Later in the song, she sings, “I’ma stick around / For more than a minute / get used to it / Funny my name keeps comin’ outcho mouth.”

Perry, however, recently spoke out to Entertainment Weekly, saying that the album had “no one thing that’s calling out any one person” when asked whether it was a follow-up to Swift’s “Bad Blood.”

This isn’t the first time Rose has come to Swift’s defense: In 2016, she defended her when Kanye West dropped his song “Famous.”

A representative for Perry has not yet responded to TheWrap’s request for comment.