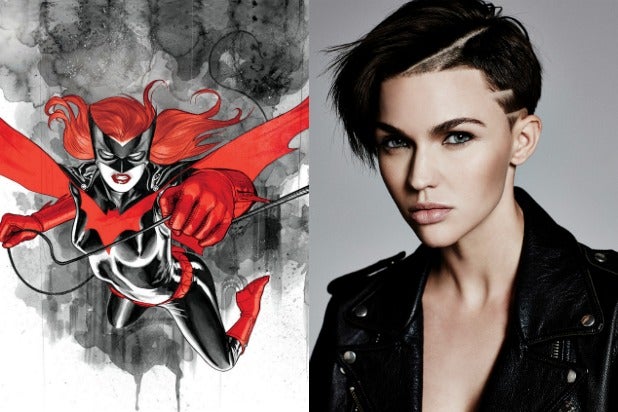 Ruby Rose, who was recently chosen to play Batwoman in the next show on the CW’s Arrowverse, said she’s leaving Twitter after becoming the target of backlash over her casting.

“I am looking forward to getting more than 4 hours of sleep and to break from Twitter to focus all my energy on my next 2 projects. If you need me, I’ll be on my Bat Phone,” Rose wrote on her most recent tweet.

While some voices of disapproval over her role came from people who don’t like the idea of seeing Batwoman as a Jewish lesbian — even though that has been a part of the DC comics since 2005 — there have also been objections from those who point out that Rose is not Jewish and identifies as gender fluid, rather than strictly as a lesbian. The latter complaints were alluded to in Rose’s final tweets.

“Where on earth did ‘Ruby is not a lesbian therefore she can’t be batwoman come from — has to be the funniest most ridiculous thing I’ve ever read,” Rose tweeted. “I came out at 12? And have for the past 5 years had to deal with ‘she’s too gay’ how do y’all flip it like that? I didn’t change. I wish we would all support each other and our journeys.”

“When women and when minorities join forces we are unstoppable… when we tear each other down it’s much more hurtful than from any group,” added Rose. “But hey/ love a challenge I just wish women and the LGBT community supported each other more, My wish was we were all a little kinder and more supportive of each other…Sending everyone my love and gratitude, it’s been a rollercoaster of a year, this month especially.”

Rose is the latest in a series of actors who have recently left Twitter for various reasons. “Star Wars” cast members Daisy Ridley deleted all her social media accounts this past December, while her co-star Kelly Marie Tran left Twitter amid harassment for her role in the series.

Meanwhile, “Guardians of the Galaxy” star Michael Rooker left Twitter in support of director James Gunn after he was fired by Disney for old, disavowed tweets with vulgar jokes that were dug up by alt-right media. #MeToo activist Selma Blair, who said Gunn encouraged her to speak out about her own sexual harassment story, also quit the site out of solidarity.

Rose, who is still active on her Instagram account, will make her debut as Batwoman in the CW’s annual Arrowverse crossover event in December and will swoop into her own CW series in 2019. She also stars in the new monster film “The Meg,” which hit theaters this past weekend.