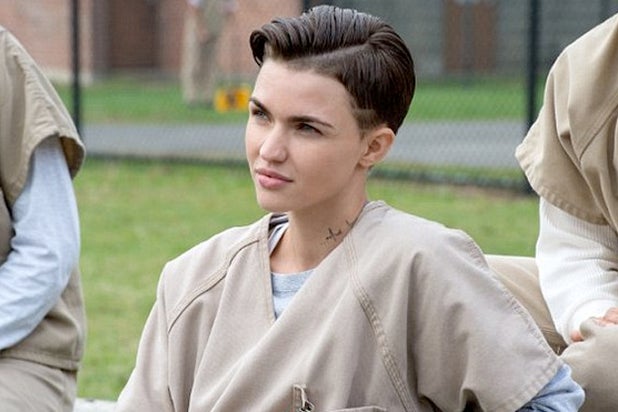 Ruby Rose, recognizable from Netflix’s “Orange Is the New Black,” has started negotiating for a role in the upcoming “Pitch Perfect” sequel, TheWrap has learned.

The third installment of the Universal and Gold Circle movie is due in theaters on Dec. 22, 2017.

Trish Sie took over the reins as director from Elizabeth Banks, who helmed the hit “Pitch Perfect 2.”

Also Read: Jake Gyllenhaal to Sing on Broadway in 'Sunday in the Park With George'

Banks will back in the movie, reprising her role as Gail. Other returning cast members will include Anna Kendrick, Rebel Wilson and Brittany Snow.

Banks is also staying on board as a producer for the threequel. Max Handelman of Brownstone Productions and Paul Brooks of Gold Circle Entertainment are also producing.

Kay Cannon wrote the screenplay, though plot details haven’t yet been shared as Mike White and Dana Fox have added extra polish to the script.

The movie was previously bumped from a July 21, 2017, release date.

Universal’s vice president of production Sara Scott will oversee the production of the studio.

“Pitch Perfect 2” boasts the highest-grossing movie musical opening of all time. It grossed more than $250 million worldwide — more than double the original’s $115 million gross — which indicates growing interest in the female-driven franchise.