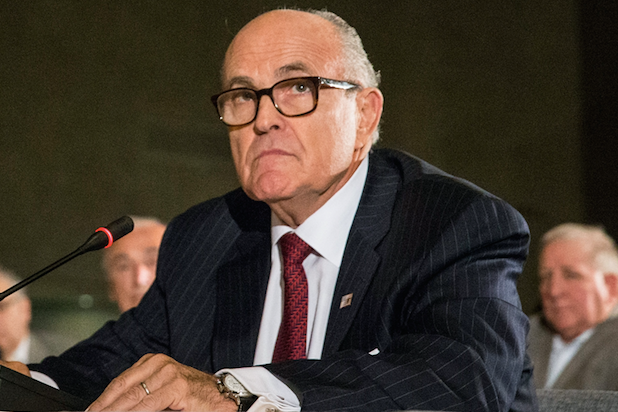 Giuliani also insinuated the movement was at least indirectly responsible for the deaths of the five officers in Dallas late last week during a protest marred by a lone gunman who opened fire.

“And the reality is… when you say black lives matter, that’s inherently racist,” the former mayor added.

Giuliani appeared on the show along with NAACP head Cornell William Brooks and Maryland Congressman Elijah Cummings to discuss how to improve relations between blacks and the police.

But it seems Giuliani may have only exacerbated the situation, saying at one point that “a black will die 1 percent or less at the hands of the police and 99 percent of the hands of a civilian, most often another black.”

Unfavorable reaction online to the former mayor’s comments began to swell on Sunday, including from news site Gawker, which accused Giuliani as being a bigot for hire. “…once the mayor of New York City for eight years, but now he’s basically just paid to be racist on TV,” wrote Gawker’s Hannah Gold, who accused Giuliani of reciting fake statistics.

Giuliani went on during his “Face the Nation” appearance to place blame on the black community for the many shooting deaths at the hands of cops that have caused outrage. “If you want to deal with this on the black side, you’ve got to teach your children to be respectful to the police, and you’ve got to teach your children that the real danger to them is not the police,” he said.