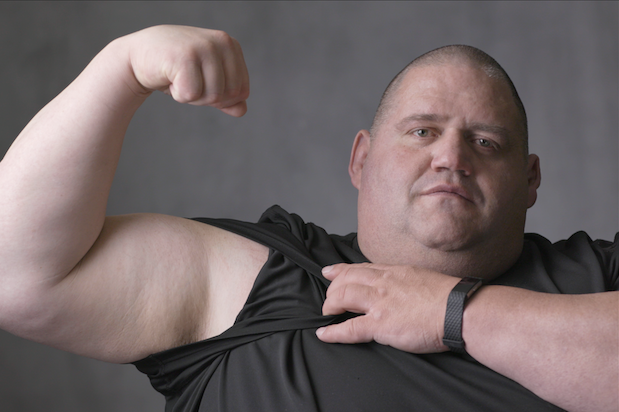 In 1996, Team USA wrestler Kurt Angle won the gold medal at the Atlanta Olympics. By the next Summer Games, when fellow U.S. Olympian Rulon Gardner took gold in Sydney with arguably the biggest upset in Greco-Roman wrestling history, Angle was already the WWF Champion.

The assumption among fans of the (real) amateur sport and the (fake) professional version was that Gardner — suddenly an American hero and nearly a household name — would follow Angle’s career path. And it almost happened … twice.

TheWrap asked the super-heavyweight legend why he never made it to the WWF/WWE.

“In 2000, right afterwards, they said, ‘Hey, WWE wants you to possibly join up,'” Gardner said of his first opportunity, the one that came while he and his gold medal were adorning Wheaties boxes. “And I’m like, well, I still have Olympic aspirations and I made a commitment to myself to go for two Olympics, and so I just didn’t even take it serious then.”

In 2002, midway between Sydney glory and the opportunity to defend in Athens, Gardner faced a horrible setback following a snowmobile accident. Despite suffering severe frostbite on his legs, Gardner ended up losing just one toe, and won bronze at the 2004 Games.

“Then in ’04, I got done and retired and Kurt Angle and the WWE team called me and said, ‘Hey, we’d like to have you come down and try out and see what we could do about bringing you on board, because we think you and Kurt Angle would be a good tag team,'” Gardner said. “I went down there and I got to see a showdown in Phoenix. And I got done and was getting ready to leave and they had me do some media stuff on camera, talk on the camera, take a roll. And then it’s like, ‘Dude, you and Kurt Angle would be the tag team Dream Team.'”

“I was offered a really good deal,” he continued. “I got home and said, ‘Mom, what do you think?’ And she said, ‘Is this what you want your life to become? I raised you and you’ve been an amateur wrestler, you’ve been a sportsman.’ And I’ve been, hopefully, a humanitarian. I’m not a person who goes out trying to hurt people.”

Gardner says he “really debated” the decision. His one and only mixed martial arts match, a win in late 2004, helped Gardner decide he didn’t want to profit off of inflicting pain.

“Yeah, I could have made a lot of money, but at the end of the day, I looked back and my mom was the foundation of me as a person,” he said. “Was I going let her down because I made these bad choices?”

We asked Gardner if he was more concerned at the time about hurting others (it still happens in scripted pro-wrestling, but not intentionally), engaging in faux competition after being at the pinnacle of the real deal, or the fact that WWE at the time was doing some raunchy “Attitude Era” storylines that wouldn’t jive with his message?

It was the combination of all three, Gardner said.

“In the conversation, [WWE] said, ‘We may tarnish you, we may drag you through the mud a bit– not mud, but we’re going to bring you down, because everyone wants to see somebody who comes from failure and hardship and loss.’ It’s like the phoenix rising again,” Gardner said. “You know, Kurt Angle was great and great and then everybody disliked him and he came back as a champion again. That’s what they wanna do with your persona. They wanna figure out what is going to help get people interested because if you’re just like happy-go-lucky, ‘shucks,’ ‘darn’ — and then all of a sudden people probably get bored of that. But if you start that way and then turn ‘evil,’ all these type of things, then people will be like, ‘Oh, he’s such a jerk.’ And then you come back. And it’s part of the professional wrestling journey. And I understand it, I could see it.”

When reached, WWE did not provide a comment for this story.

Also Read: Owen Hart's 'Dark Side of the Ring' Episode Is the Highest-Rated Telecast in Vice TV History

Ultimately, as it should, the decision to pass came down to mama.

“But at the end of the day, my mom saw the thousands and thousands of young wrestlers and young kids who used to look up and say, ‘Man, that’s what I want to be. I wanna be an Olympic champion. I wanna be a fighter. I wanna be somebody who goes through life and never quits on himself,'” Gardner concluded. “My mom saw that and that’s what she wanted me to kind of remember and stick with.”

Stick with it Gardner did. Following a very public battle with his weight — one ongoing to this day — that included a 2011 season of NBC’s “The Biggest Loser,” Gardner attempted a comeback for the 2012 London Olympics. He fell just a few pounds shy of making weight. Since then, Coach Gardner has dedicated himself to teaching the sport to the medalists of tomorrow.

(Editor’s note: Our conversation with Gardner took place in late Spring 2020. It was timed to the planned release of the documentary “Rulon Gardner Won’t Die.” The doc’s Olympic Channel debut has since been delayed multiple times, and it still does not yet have a premiere date.)