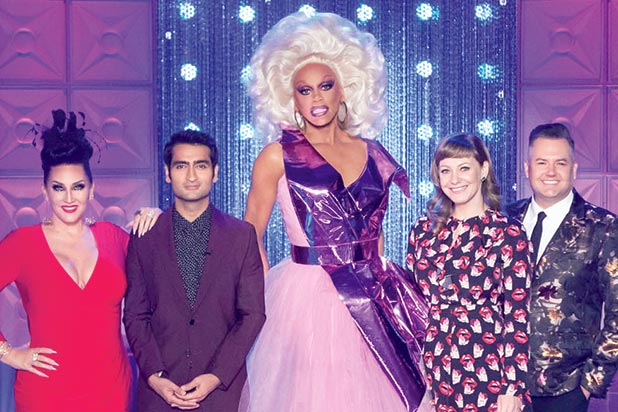 This story about “RuPaul’s Drag Race” first appeared in the Down to the Wire issue of TheWrap’s Emmy magazine.

“RuPaul’s Drag Race” is bigger than it’s ever been. In addition to record-setting ratings and a seemingly ubiquitous presence on social media, the 10th season of the VH1 reality-competition series bagged 12 Emmy nominations, including two for the tea-spilling aftershow “Untucked.”

Not bad for a show whose host and executive producer — himself a two-time winner — once said he’d “rather have an enema than have an Emmy.”

To RuPaul, a drag legend who has been working the runway for more than three decades as “the supermodel of the world,” all that mainstream recognition is nice but ultimately irrelevant. Drag itself, and by extension “Drag Race,” can never become truly mainstream.

“Eventually all the cool kids tell their friends and it becomes a thing,” he said of the show’s growing popularity. “But we’re still talking about drag here.”

Drag is by nature an outsider art form, originated by queer people mocking the rules and limitations of a society from which they’d long been excluded. “Drag Race” does much the same, dissecting reality TV conventions and turning them on their head as a means of carving out space for previously unrepresented voices on television — “superheroes,” as RuPaul calls them.

“We’re talking about people who are willing to shapeshift,” he said. “In an ego-based culture, which is what we live in, it’s all about sticking with one identity. But when someone is willing to, metaphorically speaking, die and be reborn, that’s when magic happens.”