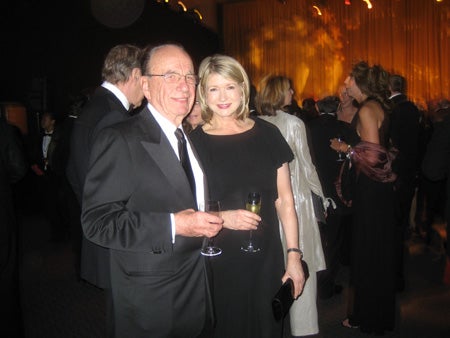 News Corp chairman Rupert Murdoch said that the success of WSJ.com has proven to him that people will pay for quality content online, and that he plans to use that pay model across the company’s news-driven web properties – and not just those of his newspapers.

“The digital revolution has opened many new and inexpensive delivery methods,” he said. “But it has not made content free.”

Murdoch added: “Accordingly, we plan to charge for all our news sites.” That would include the NYPost.com, Times of London and others.

The move, he said, will “increase revenues from all of our content.”

Later, when talking about the rise of mobile devices, Murdoch said: “We intend to be platform-neutral, but never free.”

“We need to get paid for our products,” COO Chase Carey, now in his second tour of duty at News Corp, said.

When asked to clarify which sites would get the pay treatment, Murdoch declined to rule any of them out. (When someone asked if it would include the Web site of the Fox News, for instance, Murdoch said, emphatically, “Yes.”)

When asked for a timetable for assembling paid walls similar to WSJ.com on other sites, the Australian-born mogul said during the next fiscal year, which, for News Corp, starts now.