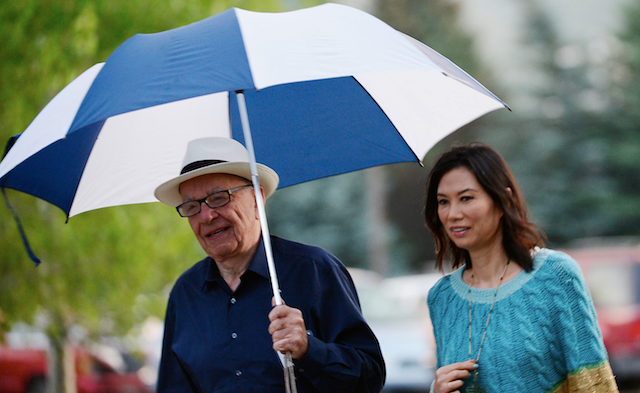 Divorce is nothing new for the thrice married, soon to be single again Rupert Murdoch.

If history is any guide, the News Corp. chairman will steer clear of drama while negotiating the terms of his pending split from Wendi Deng Murdoch, his wife of 14 years and the mother of their two young daughters, Grace and Chloe.

At least that's what attorney Daniel Jaffe thinks — and he's the guy represented Anna Murdoch in her 1999 divorce from the media mogul.

"Rupert handled it like a business negotiation," Jaffe told TheWrap. "He’s a very smart guy. He knew what he wanted to do and he got it done."

The second Mrs. Murdoch was married to the News Corp. chief for 31 years. Their divorce reportedly cost Rupert Murdoch between $1.2 billion and $2 billion (usually estimated at $1.7 billion) including $100 million to $110 million in cash. Jaffe declined to comment on the terms of that settlement.

He did say, however, that the degree of civility in the proceeding was extremely rare in cases of this nature. Though it involved an individual of daunting wealth, the divorce proceedings lasted less than a year without a court appearance or the involvement of forensic accountants.

For Rupert Murdoch, with a reported net worth of $12.1 billion, even a massive settlement will do nothing to materially diminish his lifestyle. His divorce filing comes as News Corp. prepares to split into two separate, publicly-traded companies; stockholders approved the split for later this month on Tuesday.

Several important areas of potential discord between the divorcing couple may have already been addressed in their pre-nuptial agreement.

Under this agreement, Wendi Deng Murdoch is not granted any voting shares in News Corp. as part of the settlement, according to an individual with knowledge of the pact. Further financial terms were not available.

"That prenup should protect everyone very well, or the lawyer should be embarrassed who wrote it," Brian Perskin, a divorce attorney in New York, told TheWrap.

Moreover, unlike their four half-siblings — Elisabeth, Lachlan, Prudence and James — Wendi's daughters Grace and Chloe do not have voting rights. The Murdoch family controls 40 percent of News Corp.'s voting shares, so Rupert Murdoch's hold on the empire he built will not be weakened by the divorce.

Frederic J. Siegel, an attorney who represented Liza Minnelli in her 2007 divorce from David Gest, said that he does not expect that at 82 years old, Murdoch will have much appetite for a protracted legal fight.

The only issue that a pre-nuptial agreement would not address, he added, would be related to custody of the couple's children.

"I imagine he wants it to go nicely for the kids and a pre-nup makes things very easy," Siegel said. "My guess is that this will be a very private divorce, because of who he is and what he does. I don't think we'll hear a lot about it."

Child support payments are also unable to be prescribed in such an agreement, said Stacy Phillips, a family law attorney in California.

Even with a pre-nuptial agreement, the settlement will not be cheap when one of the parties is listed by Forbes as the 33rd richest person in America. Phillips advised caution about the settlement figures, however, saying, "Don't believe the numbers. Over the years as I've represented a number of folks, the numbers of their divorce, they're not accurate."

The public may not even see much photographic evidence of the split and there may not be much in the way of sordid details for the gossip pages to mine. In New York, couples can file for divorce without having to appear in court and without offering grounds.

That would spare Rupert Murdoch the indignity of doing the divorce court equivalent of the "perp walk." The kind of photo his tabloid the New York Post would be thrilled to run were it any other mogul ending his marriage.