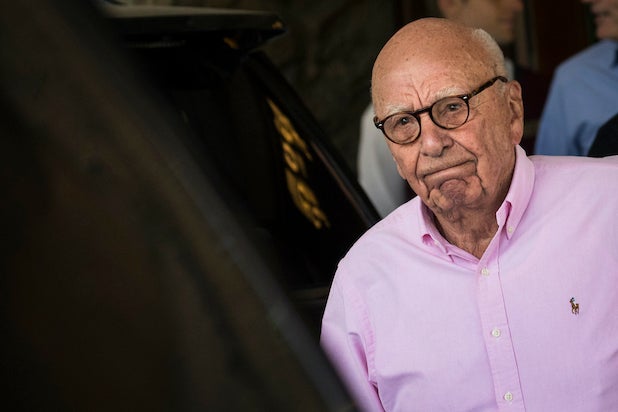 News Corp chairman Rupert Murdoch believes that American voters are ready to elect Joe Biden in November, telling associates that the thinks President Trump could lose in a landslide.

According to a new report from the Daily Beast, Murdoch told close business associates that he thinks the tumult of the last four years under Trump will encourage a “landslide” vote for Joe Biden, who appears a slightly more stable candidate.

“After all that has gone on, people are ready for Sleepy Joe,” Murdoch reportedly told an associate.

Murdoch and NewsCorp did not immediately respond to TheWrap’s request for comment.

This isn’t the first time the conservative Murdoch has predicted a Democratic candidate will occupy the White House — in 2012, he correctly assumed Barack Obama would win re-election.

Murdoch also reportedly has not spoken to President Trump in “several weeks,” and insiders said he “grew tired” of Trump’s complaining about stories about himself on Fox News he perceived as negative. His New York Post newspaper still continues to publish its routine attacks on Democratic politicians, though — it posted headlines today accusing Biden’s son Hunter of attempting to cash in with Chinese energy companies.

While he remains a public figure in the United States and abroad, Australian-born Murdoch lives in Oxfordshire, England and is mostly “semi-retired” from his duties at Fox and News Corp. Following the $52.4 billion sale of 21st Century Fox assets to Disney last year, Murdoch designated his eldest son Lachlan to run the majority of the business in his stead.