During the annual News Corp investor meeting on Wednesday, Rupert Murdoch lectured investors on his continued goal of advancing conservative political goals, something he said is now being hindered by disgraced former President Donald Trump.

“It is crucial that conservatives play an active, forceful role in that debate, but that will not happen if President Trump stays focused on the past. The past is the past, and the country is now in a contest to define the future,” Murdoch said in remarks that were not made public at the time but have since been reported by multiple outlets. 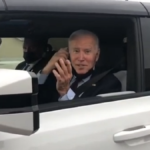 Murdoch also repeated the frequently debunked falsehood that Google and Facebook are trying to “silence conservative voices.” He told investors: “The idea falsely promoted by the platforms that algorithms are somehow objective and solely scientific is complete nonsense. Algorithms are subjective and they can be manipulated by people to kill competition and damage other people, publishers and businesses.”

He wasn’t entirely wrong there, of course. As documents released by Facebook whistleblower Frances Haugen proved, Facebook has known since at least 2019 that its algorithm overwhelmingly results in users being flooded with right wing propaganda. Facebook also has a long history of hiring and promoting conservative activists, and conservative content is amplified to a far greater degree than liberal content.