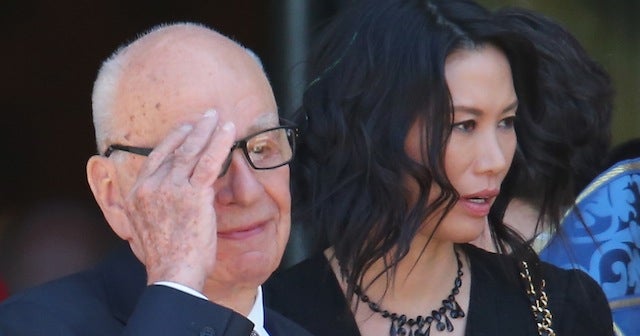 News Corp. Chairman Rupert Murdoch filed for divorce from Wendi Deng Murdoch on Thursday, a spokesman for the company confirmed to TheWrap.

The couple met at a company party in Hong Kong in 1997 and married on Murdoch's 155-foot yacht in 1999. Deng Murdoch worked as an executive at Star TV, a News Corp. subsidiary.

The media mogul had been married two previous times, both of which ended in divorce.

A 37-year age gap separates the 44-year old Deng Murdoch from her soon-to-be former husband. The couple have two daughters, Grace and Chloe.

A spokesman for News Corp. declined to provide additional details about the divorce proceedings.

The move comes as News Corp. is preparing to split itself into two separate and publicly traded companies at the end of June. One company, 21st Century Fox, will be comprised of television and film holdings. The other, News Corp., will house publishing and education assets. Stockholders approved the split on Tuesday.

Murdoch will serve as chairman and CEO of the proposed 21st Century Fox and executive chairman of the new News Corp.

The decision to fundamentally alter the makeup of News Corp. was announced last summer and was partly undertaken to shield the more valuable film and television assets from the phone-hacking scandal that engulfed the company's United Kingdom-based tabloids. The corrupt news gathering tactics at the now defunct News of the World has inspired a wave of legal issues and bad publicity for News Corp.

The News of the World scandal also led to Deng Murdoch's most memorable moment on the public stage. During testimony before the British Parliament in 2011, Murdoch was pied in the face by a protester; his wife leapt to his defense, slapping the pie thrower in a moment that became a viral sensation.

In recent years, she had been trying to carve out an identity for herself that was separate from her husband. Deng Murdoch produced the 2011 movie "Snow Flower and the Secret Fan” and invested in the social networking art site, Art.sy, among other ventures.

Deadline first broke the news of the divorce filing.