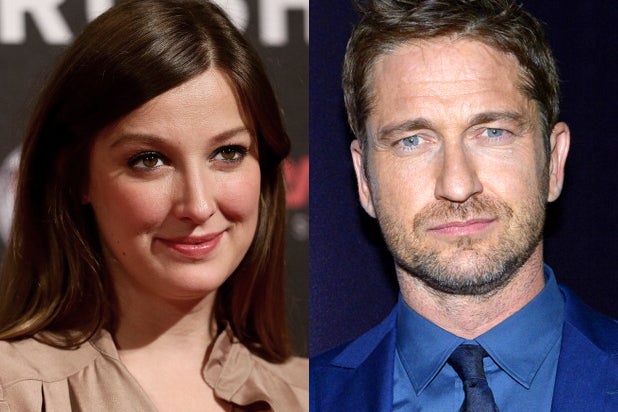 Warner Bros. and David Ellison‘s Skydance are teaming on the project, which will start production in October in New Orleans.

Butler stars as a satellite designer who must team up with his estranged younger brother to save the world from an epic man-made storm when the world’s climate-controlling satellites malfunction. As Butler heads into space, Sturgess uncovers a plot to assassinate the president, who will be played by Andy Garcia.

Abbie Cornish will co-star as Sturgess’ girlfriend, while Ed Harris will play the U.S. Secretary of State.

Lara will play the commander of a space station who serves as Butler’s love interest and helps him save the world.

Devlin wrote the script with Kieran and Michele Mulroney. Ellison and his Skydance partner Dana Goldberg are producing with Devlin’s Electric Entertainment partners Rachel Olschan and Marc Roskin.
Warner Bros. executives Drew Crevello and Nik Mavinkurve will oversee the project for the studio.