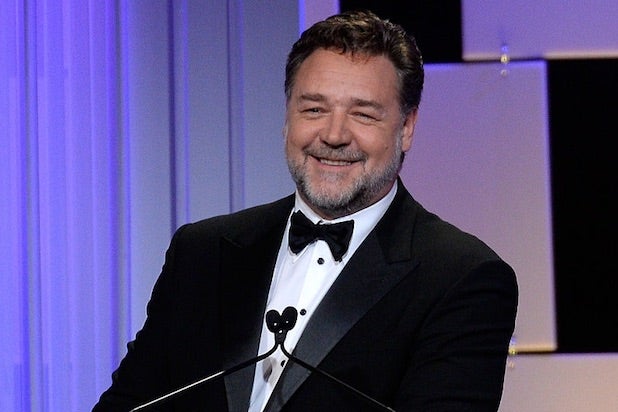 Russell Crowe is selling more than 200 items of memorabilia he’s collected from films over the years as he finalizes his divorce from his ex-wife.

Listed as “The Art of Divorce” on Sotheby’s Australia, the auction will take place on April 7 in Eveleigh, Australia, after an exhibition of the items from April 4 to April 7.

The auction includes items from “Gladiator” (including a “fully functioning” Roman chariot and a wooden training sword), “Les Miserables,” “Cinderella Man,” “L.A. Confidential,” The Insider” and “Master and Commander.”

“The sale represents the dispersal of a highly personal collection that was assembled by Crowe over many years, including those shared with his former wife, Danielle Spencer,” read the auction listing.

The most expensive item on the list is an 1890 violin used in “Master and Commander,” which has a total auction value of AUS $3.6 million (U.S. $2.8 million), according to Sotheby’s.

Speaking to Australia’s Daily Telegraph, Crowe said of his ex Danielle Spencer, “We’ve been separated over five years now, our divorce should be finalized around the time of the auction. Just as we collaborate on the upbringing of our kids, it’s easy for us to work together on something like this. I think she feels the same way I do in regards to just moving on things that help create space for the future.”

Crowe added, “On the practical side, this collection probably equates to three rooms full of things I’ll no longer have to care for, document, clean, tune and insure.”

A spokesperson for Crowe has not yet responded to TheWrap’s request for comment.