The series, titled “Iron Mike,” hails from the team behind the Tonya Harding biopic “I, Tonya,” including writer Steven Rogers and director Craig Gillespie, the streamer announced Thursday. “Mixed-ish” showrunner Karin Gist will serve as showrunner and executive producer on the series. 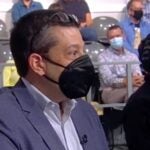 Per Hulu’s description, “Iron Mike” will explore the “wild, tragic and controversial life and career behind one of the most polarizing figures in sports culture.”

King, one of the most famous boxing promoters of all time and integral in Tyson’s rise to prominence, is described as ruthlessly ambitious with a flashy personality. He is a notorious boxing promoter who takes Tyson’s boxing career to the next level. He’s a businessman; strategic, resilient, knowing how to work everything in his favor. However, much of his arrogance might be hiding a deeper vulnerability. While others may focus on the little details, King has his eyes on the prize – always thinking of the bigger picture.

Claire Brown of Gist’s production company, The Gist of It, will also executive produce, alongside Bryan Unkeless and Scott Morgan of Clubhouse Pictures and Margot Robbie, Tom Ackerley and Darin Friedman of Entertainment 360.

Tyson himself has blasted the Hulu series for “cultural misappropriation” of his story over its unauthorized nature. Jamie Foxx is set to play the former heavyweight in a separate limited series that will be directed by Antoine Fuqua and executive produced by Martin Scorsese. That one is authorized by Tyson.