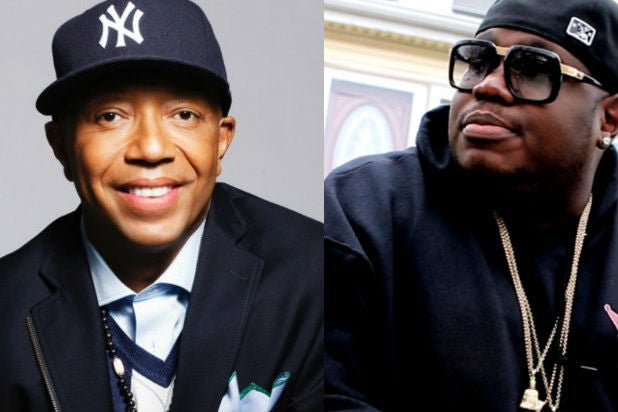 The collaboration will see the development of video programming, with a lean toward premium television and subscription services, as well as music programming for cable and broadcast.

Read the full release from All Def Digital and World Star Hip Hop:

All Def Digital, a leading multi-platform media company, and WorldStar Hip Hop, the world’s leading urban culture Internet destination, today announced a partnership to create the next generation of content for premium television and other media. The deal was announced today by Worldstar Hip Hop founder and CEO Lee “Q” O’Denat and All Def Digital founder and Chairman Russell Simmons.

The strategic partnership will create cutting-edge programming using the resources, content and talent of both the WorldStar and All Def brands and platforms. It extends a relationship that already includes a major feature film in development at Paramount Pictures through Simmons’ film company Def Pictures, and an online comedy series coming soon to All Def Digital’s YouTube channel and on WorldStar Hip Hop.

The initiative will target the development of new video programming, with an eye toward premium television and subscription services, as well as music programming for cable and broadcast. Founded in 2005, WorldStar Hip Hop is the dominant digital player in the world of hip hop culture and news as well as user-generated video content, attracting more than 20 million page views a day and 30 million unique viewers a month. Black Entertainment Television (BET) voted WorldStar Hip Hop as the “top hip hop and urban culture website” for three years in a row. The site is currently ranked by Alexa in the top 375 most trafficked websites used on a daily basis in the United States.

“I have known ‘Q’ for years; he is among the most talented content curators of his generation,” said Simmons. “Q has created a brand and platform like no other, withm no outside funding or support, making him one the great entrepreneurs in our space. It is my privilege to help extend that voice to the world.”

“All Def Digital’s cross-platform approach is the perfect partner for WorldStar Hip Hop to stretch its creative wings and grow as a media brand into the television, film and subscription arenas on a global basis,” said O’Denat. “Russell and his many
groundbreaking initiatives have inspired me and shown me a world of possibilities that exist as we extend the World Star brand through cultural, comedic, and music programming across screens, from digital, to theaters and globally through premium and subscription television.”

“WorldStar’s millions of fans represent a new generation of content consumer that leans heavily into mobile and short-form, and is wildly engaged. That’s what makes this a perfect match for what we are building at All Def,” said ADD President and COO Sanjay Sharma.