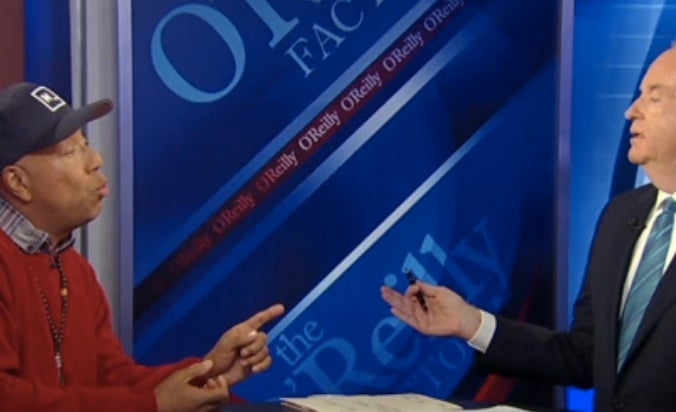 Russell Simmons isn’t staying silent on improving police procedures toward African Americans. And he entered the “No Spin Zone” Wednesday to tell Bill O’Reilly so.

See video: Russell Simmons on CNN: ‘It is Like Lightning Striking the Black Community Over and Over’ (Video)

“I’ve spoken to the Attorney General, the Governor, and the Mayor in the last 12 hours,” Simmons told Fox News host O’Reilly about his effort to get special investigations into the Staten Island chokehold death of Eric Garner.

O’Reilly countered that Simmons won’t acknowledge the bigger issue of “the astronomical crime rate among young black men” that is driving suspicion of them among police.

“The broken glass laws and the way that police approach community is a problem,” Simmons responded. He then went on to tell O’Reilly the police need “sensitivity training” and O’Reilly needs to understand the core reason for criminal problems in the black community is because of “your war on drugs.”

The two then sparred off about which drugs are “hard drugs” and  which aren’t. “Russell you have not been there [in inner cities] condemning the black drug gangs for gunning down 13 and 14-year-old kids … you haven’t done it,” O’Reilly screamed at Simmons.

Simmons calmly responded: “The reason for that violence in those communities comes from this whole Jim Crow system that is the prison industrial complex.”