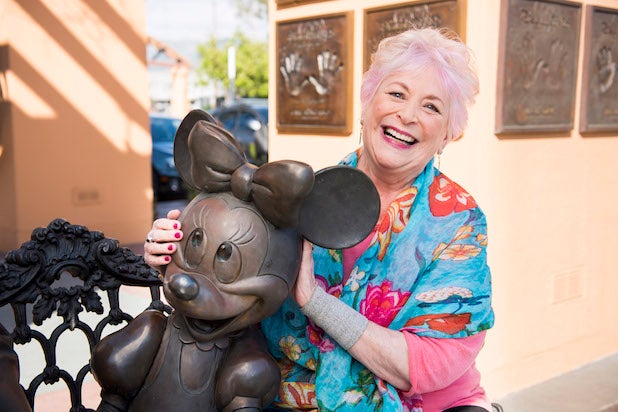 Russi Taylor, who voiced Disney icon Minnie Mouse in hundreds of projects over the last three decades, died on Saturday, a Disney rep confirmed. Taylor was 75.

The cause of death was not disclosed.

“Minnie Mouse lost her voice with the passing of Russi Taylor,” Disney chairman Bob Iger said in a statement. “For more than 30 years, Minnie and Russi worked together to entertain millions around the world — a partnership that made Minnie a global icon and Russi a Disney Legend beloved by fans everywhere.”

Iger continued: “We’re so grateful for Russi’s talent as well as the tremendous spirit and great joy she brought to everything she did. It was a privilege to have known her and an honor to have worked with her, and we take comfort in the knowledge that her work will continue to entertain and inspire for generations to come. Russi will be sorely missed and our hearts go out to her family and friends, along with our deepest condolences.”

Taylor beat out 200 hopefuls when she became the voice of Minnie Mouse in 1986. She went on to voice the classic character in a number of feature films, including 1988’s “Who Framed Roger Rabbit,” as well as a myriad of Disney theme park and TV productions.

Born in Cambridge, Massachusetts in 1944, Taylor had dreamed of working for Disney since she was a little girl — with a chance encounter with Walt Disney himself helping to bolster her pursuit.

“When I was a little girl, I was with my mom and my brother, and it was late at night at Disneyland. We had just come off the Mark Twain Riverboat and were getting some popcorn,” Taylor once reminisced.

“I looked over and saw Walt sitting on a bench, so we introduced ourselves and shared our popcorn with him. At one point during our chat, he asked me what I wanted to do when I grow up, and I said, ‘I want to work for you!’ So he said, ‘Okay!’– and now I do!”

Taylor worked on a number of shows outside her extensive work for Disney. She was the voice behind many characters on “The Simpsons” — most notably, know-it-all Martin Prince and German exchange student Üter Zörker — and also voiced “Duchess the Cat” in 1995’s “Babe.”