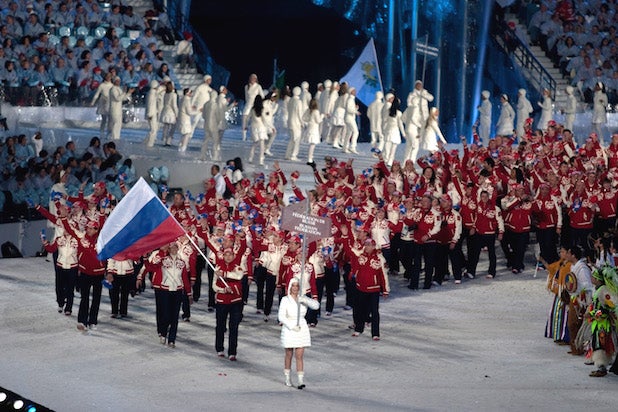 The World Anti-Doping Agency, responsible for monitoring the use of performance-enhancing drugs in sports, has recommended to the International Olympic Committee that all Russian athletes be banned from competing in the 2016 Rio Olympics.

The recommendation comes after a report was published by the WADA on Monday, which found that Russian state services and sports officials had collaborated on a large-scale doping ring, resulting in at least 312 falsified lab results for Russian athletes competing in the 2014 Sochi Olympics.

“Given that the Russian Ministry of Sport orchestrated systematic cheating of Russian athletes to subvert the doping control process; and that, the evidence shows such subversion in 30 sports, including 20 Olympic summer sports and Paralympic sports, the presumption of innocence of athletes in these sports, and in all Russian sports, is seriously called into question,” the statement said.

The agency has also recommended that all Russian government officials be denied access to all international competitions, including the Rio Olympics.

The report states that the cheating began from 2011 — following Team Russia’s performance at the 2010 Vancouver Olympics — all the way through to the world swimming championships. During that time, the report found, Russian officials had destroyed thousands of urine samples from Russian athletes.

Russia’s former anti-doping lab director, Grigory Rodchenkov, told the New York Times in May that he had covered up performance-enhancing drug use under orders from Russian officials for the ministry of sport, tourism and youth policy. At least 15 of those samples were from medal winners, according to Rodchenkov.

Also Read: Why Are So Many Golfers Dropping Out of the Rio Olympics?

His claims — many of which were supported by the report — were what led the WADA to recruit Canadian lawyer Richard McLaren to lead an investigation into the doping operation.

Following the release of the report, Russian president Vladimir Putin announced on Monday that the officials in question would temporarily be suspended, AP reported. Though Putin did not specifically mention any officials, those referenced in the report include Vitaly Mutko, sports minister; Yuri Nagornykh, deputy sports minister; Irina Rodionova, deputy director of the center of sports preparation of national teams of Russia; and Natalia Zhelanova, the anti-doping adviser to Mutko.

Putin also asked in a statement sent from the Kremlin that the WADA provide “more complete, objective, evidence-based information” about the report’s findings, according to AP.

Before the report was released on Monday, Russia’s track and field team had already been banned by the International Association of Athletics Federations — the world governing body for track and field — from competing in the Olympics due to doping violations.

The International Olympic Committee will meet on Tuesday to discuss possible sanctions on the Russian Olympic team.