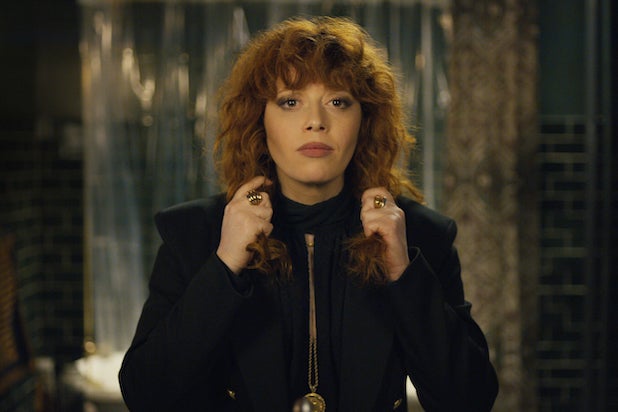 Gotta get up, gotta get out, gotta get home before the morning comes because “Russian Doll” has been renewed for a second season at Netflix.

The second season of the Natasha Lyonne-led dark comedy will consist of eight-episodes, just like Season 1, which launched on the streaming service in February.

Co-created by Lyonne, Leslye Headland and Amy Poehler, the series follows a young woman named Nadia (Lyonne) on her journey as the guest of honor at a seemingly inescapable party in New York.

Poehler, Lyonne and Headland all serve as executive producers on the comedy, which hails from Universal Television, Poehler’s Paper Kite Productions, JAX Media and 3 Arts Entertainment. Lyonne and Headland both write and direct the series, with Jamie Babbit also directing.

Cindy Holland, vice president of original content at Netflix, and Lyonne made the announcement about “Russian Doll’s” Season 2 pickup during their panel at the 2019 Code Conference Tuesday.

“Nadia is a coder so it would be appropriate to have this be the time and place,” Lyonne said.

You can read TheWrap’s interview with Headland about creating the time-loop series here.