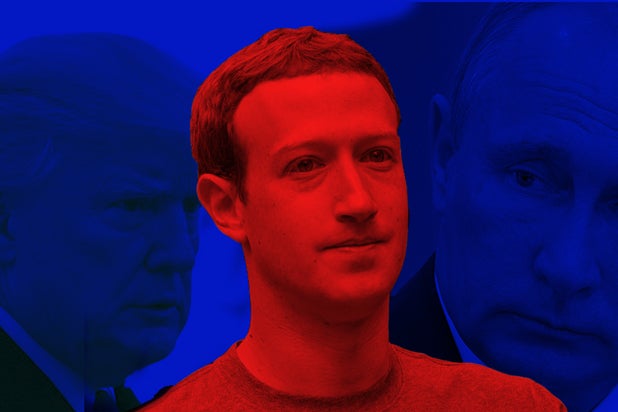 From Russia with disdain: Vladimir Putin isn’t happy Facebook has kicked off hundreds of Kremlin-tied troll accounts from its platform.

“Yes, it is [a manifestation of censorship towards Russian mass media],” Russian presidential spokesman Dmitry Peskov said, answering questions from media members on Thursday, according to state-run Tass media. “Of course, we do [keep an eye on the situation] and find it regretful.”

Earlier this week, Facebook deleted 70 user accounts and 138 pages, as well as 65 Instagram accounts it said were controlled by the Internet Research Agency, a government-sponsored troll factory that specializes in fake news. The IRA leveraged the social network before and after the 2016 U.S. election, peddling disinformation that hit more than 100 million Americans, Facebook said last fall.

The accounts booted this week primarily targeted users in Russia and Russian-speaking countries, according to Facebook.

“Most of our actions against the IRA to date have been to prevent them from interfering in foreign elections. This update is about taking down their pages targeting people living in Russia,” Facebook CEO Mark Zuckerberg said in a post. “This Russian agency has repeatedly acted deceptively and tried to manipulate people in the US, Europe, and Russia — and we don’t want them on Facebook anywhere in the world.”

Facebook will be rolling out tools in the coming weeks for users to check if they follow IRA-related accounts.

The exiling also impacted the Russian Federal News Agency, which has been linked to businessman Yevgeny Prigozhin, who was indicted by a federal grand jury for meddling in the 2016 U.S. election, as NPR reported.