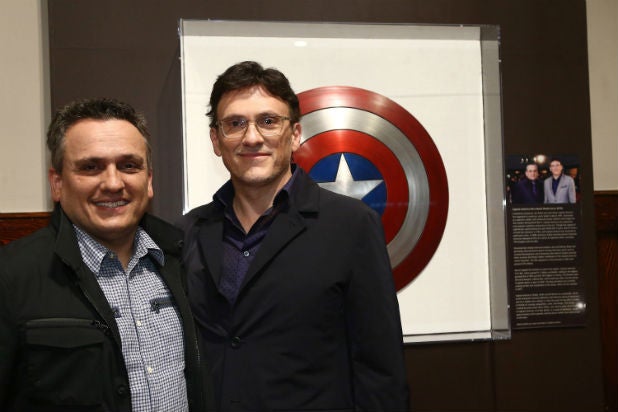 Directors Anthony and Joe Russo have been having a lot of fun with all the secrecy surrounding “Avengers 4” and whatever is going to happen to our few surviving heroes after Thanos did his big finger snap in “Avengers: Infinity War.” They’re being so secretive that they won’t even tell us the title of the movie! But someday this whole thing really will come to a close, and we’re one step closer to that day right now because the Russos announced on Twitter that they have finished shooting the thing.

And they celebrated this momentous occasion by messing with everybody’s heads (again!), posting an image that nobody can figure out.

My first thought that was that this is a washed out image of the “Avenger 4” title card, since the title has been a particularly hot-button issue this week. But in the interest of journalism we took a closer look at the image and messed with it a bit to see if we could make some sense out of it. So take a look at this version.

Was that helpful at all? Not really. Obviously the Russos were not gonna put an image out there that we could figure out using my amateur photo editing skills. But looking at the picture like this I will allow the possibility that it might be something other than the title card. I just have no idea what. Some fans in the replies to the tweet have speculated that it’s a coffin.

But I’m not buying it. I really don’t think it’s possible to deduce whatever is in this, and I think they did that on purpose because at this point the Russos are professional trolls. Which is why we love them.