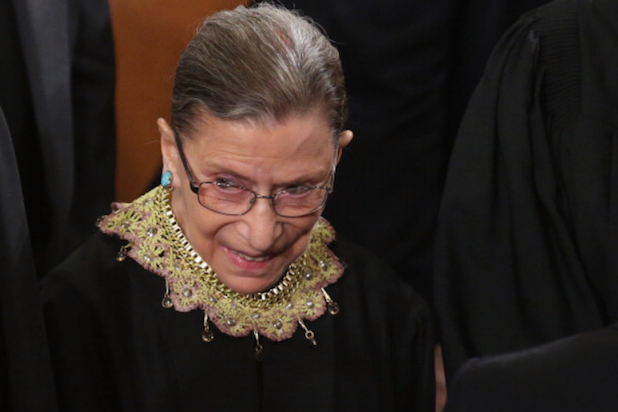 “On reflection, my recent remarks in response to press inquiries were ill-advised and I regret making them,” Ginsburg said in a statement to CNN. “Judges should avoid commenting on a candidate for public office. In the future I will be more circumspect.”

Trump was not happy when Justice Ginsburg criticized him and took to Twitter to express his thoughts.

“Justice Ginsburg of the U.S. Supreme Court has embarrassed all by making very dumb political statements about me. Her mind is shot – resign!” Trump tweeted.

It all started when Notorious RBG told CNN that Trump is a “faker” and he “says whatever comes into his head at the moment.”

Ginsburg came under fire from some legal experts and key conservatives for wading into presidential politics, which is often considered taboo for sitting Supreme Court justices.

“For someone on the Supreme Court who is going to be calling balls and strikes in the future based upon whatever the next president and Congress does, that strikes me as inherently biased and out of the realm,” House Speaker Paul Ryan told CNN’s Jake Tapper.