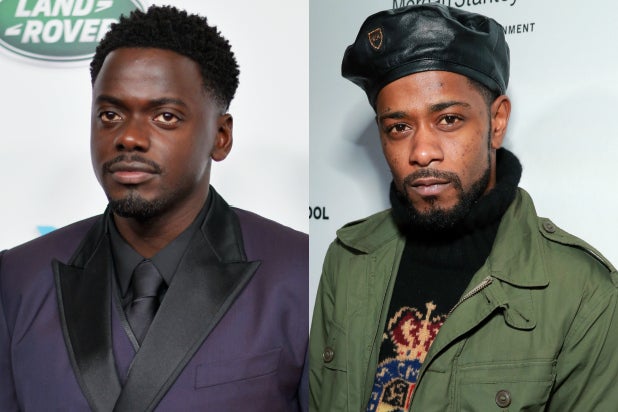 Ryan Coogler has teamed up with Charles D. King’s Macro, the production company behind “Fences,” “Mudbound” and “Sorry to Bother You,” to produce a film about iconic black activist, revolutionary and Black Panther Party member Fred Hampton.

The film, titled “Jesus Was My Homeboy,” has been set up at Warner Bros, with Shaka King (“Newlyweeds”) on board to direct and produce from a script he wrote with Will Berson (“Sea Oak”).

“Get Out” star Daniel Kaluuya is in talks to star as Hampton, with fellow “Get Out” actor and “Sorry to Bother You” star Lakeith Stanfield in talks to play William O’Neal, who was enlisted by the FBI to betray Hampton.

“Jesus Was My Homeboy” will follow the rise and untimely death of Hampton through the eyes of the man who betrayed him, O’Neal. The film will explore how the FBI infiltrated one of the most iconic resistant groups in American history, the psychology of their informant and the assassination of a young political leader who died at the age of only 21.

Hampton was a respected grass-roots civil rights activist who rose to chairman of the Illinois chapter of the Black Panther Party and deputy chairman of the national BPP. The FBI ultimately marked him a threat and in 1969, Hampton and fellow Panther Mark Clark were killed during a raid by a tactical unit carrying out orders from the Chicago Police Department and the FBI. O’Neal was the man who provided the FBI with detailed plans of Hampton’s apartment.

Hampton and Clark’s deaths were initially ruled justifiable homicides and the police claimed the Panthers had initiated hostilities, but a number of investigations pointed to state-sponsored assassination and subsequent civil lawsuits led to settlements by law enforcement and Illinois’ Cook County.

Kaluuya, who recently starred in Steve McQueen’s “Widows,” is currently filming Melina Matsoukas’s “Queen and Slim” for Universal. The film, which counts Lena Waithe as a producer, follows a couple on a first date that takes an unexpected turn when a police officer pulls them over.