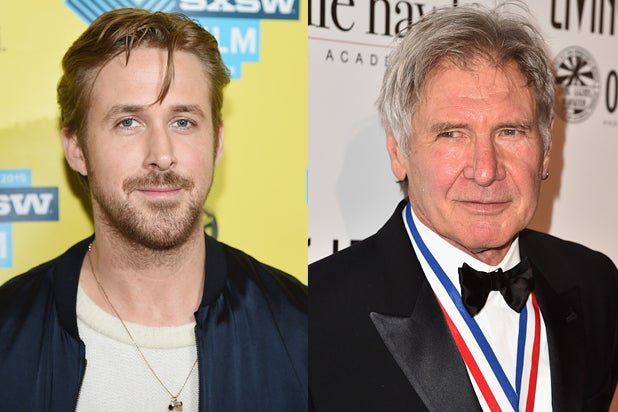 Ryan Gosling is in negotiations to star in Alcon Entertainment’s sequel to “Blade Runner,” which is being directed by Denis Villeneuve (“Prisoners”) and executive produced by Ridley Scott, the company announced on Thursday.

Harrison Ford will co-star as Rick Deckard, the role he portrayed in the original film directed by Scott.

Principal photography is set to start in summer of 2016. Hampton Fancher (co-writer of the original) and Michael Green have written the original screenplay, based on an idea by Fancher and Scott.

The story takes place several decades after the conclusion of the 1982 original. Alcon is not revealing story details or Gosling’s character.

Alcon Entertainment acquired the prequel and sequel film, television and ancillary franchise rights to the iconic science-fiction thriller “Blade Runner” in 2011 from producers Bud Yorkin and Cynthia Sikes Yorkin, who will serve as producers on the sequel along Alcon Entertainment co-founders and co-CEO’s Andrew Kosove and Broderick Johnson. Frank Giustra and Tim Gamble, CEOs of Thunderbird Films, will serve as executive producers.

Gosling will be seen next in Shane Black’s “The Nice Guys” opposite Russell Crowe, and in Terrence Malick’s “Weightless.” He’s currently filming Adam McKay’s “The Big Short” with Christian Bale, Brad Pitt and Steve Carrell.

Gosling, who earned an Oscar nomination for “Half Nelson,” is represented by Anonymous Content, LBI Entertainment and Sloane, Offer, Weber & Dern.