Director Greta Gerwig has found her Ken for her upcoming ‘Barbie’ movie: Ryan Gosling is in final negotiations to play Barbie’s iconic boyfriend opposite Margot Robbie’s Barbie in the upcoming film based on the Mattel toy.

The first live-action film about Mattel’s 62-year-old doll is being produced by Robbie under her Lucky Chap banner, along with LuckyChap’s Tom Ackerly and Josey McNamara, Mattel’s Robbie Breener and Ynon Kreiz, and David Heyman for Warner Bros. Gerwig both directs the film and co-wrote the script with Noah Baumbach.

“People generally hear ‘Barbie’ and think, ‘I know what that movie is going to be,’ and then they hear that Greta Gerwig is writing and directing it, and they’re like, ’Oh, well, maybe I don’t,’” Robbie said. 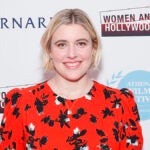 This will be Gerwig’s third directorial feature film following her debut, “Lady Bird,” and her adaptation of “Little Women,” both of which scored Best Picture nominations at the Oscars. Gerwig is currently at work as an actress on Baumbach’s next film, “White Noise,” based on the Don DeLillo novel.