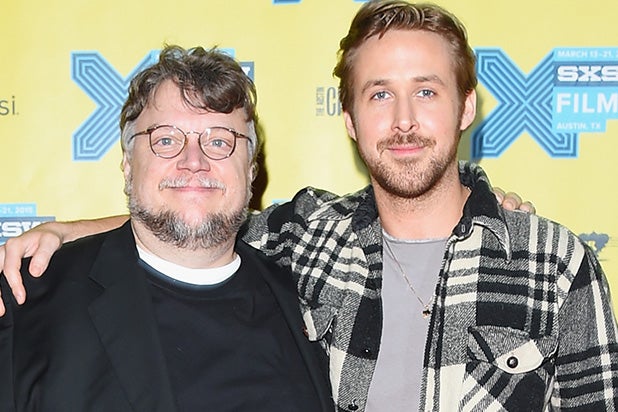 Gosling and del Toro have developed a close friendship of late, with the Mexican filmmaker moderating a panel with Gosling at SXSW last month to discuss the making of “Lost River.” The duo were also photographed together at Disneyland over Oscar weekend, where they rode the Haunted Mansion ride in addition to Space Mountain, Thunder Mountain Railroad and the Pirates of the Caribbean attraction.

“Haunted Mansion” has been in development at Disney for several years, as the project was first announced at Comic-Con in July 2010. D.V. DeVincentis (“High Fidelity”) is currently working on the script for the supernatural family film.

“Haunted Mansion” represents a homecoming of sorts for the actor, who is a former Mouseketeer. He also co-starred in Disney’s beloved sports movie “Remember the Titans.”

Gosling, who earned an Oscar nomination for “Half Nelson,” is represented by Anonymous Content, LBI Entertainment and Sloane, Offer, Weber & Dern.