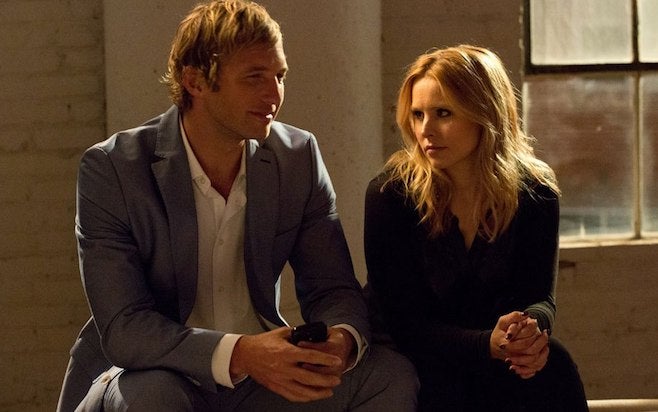 Your prayers have been answered Marshmallows: Dick Casablancas — er, Ryan Hansen — is officially on board for Hulu’s “Veronica Mars” revival.

Hansen will join star Kristen Bell and series creator Rob Thomas — along with a slew of other “Veronica Mars” alums — for the streamer’s eight-episode run, an individual with knowledge of the casting told TheWrap.

No details yet on how many episodes Dick — Veronica’s favorite arch-frenemy — will be sticking around for, though we know Hansen, who currently stars on the YouTube Red series “Ryan Hansen Solves Crime on Television,” has signed on as a recurring star for the limited series.

Here is the official logline for the project, set to launch in 2019: Spring breakers are getting murdered in Neptune, thereby decimating the seaside town’s lifeblood tourist industry. After Mars Investigations is hired by the parents of one of the victims to find their son’s killer, Veronica is drawn into an epic eight-episode mystery that pits the enclave’s wealthy elites, who would rather put an end to the month-long bacchanalia, against a working class that relies on the cash influx that comes with being the West Coast’s answer to Daytona Beach.

“Veronica Mars” debuted in 2004 and ran for two seasons on UPN, jumping to The CW for one season before getting canceled.  Bell starred as the titular spy on the original series, which followed a California teen sleuth and student who led a second life as a private investigator under the guidance of her detective father.

The revival hails from Spondoolie Productions in association with Warner Bros. Television. Along with Thomas, Diane Ruggiero-Wright and Dan Etheridge will serve as executive producers.

Read everything we currently know about the “Veronica Mars” revival here.