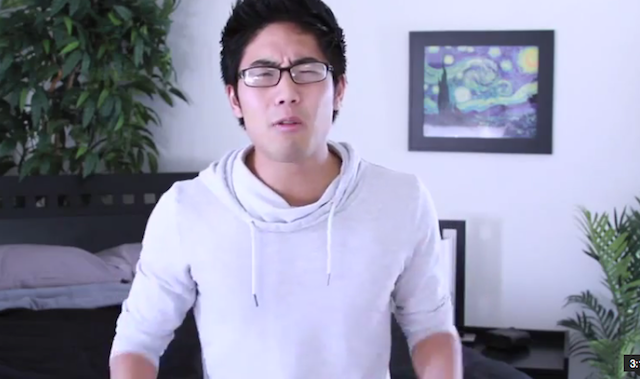 Ryan Higa, the Fine Brothers and the Young Turks are among the 20 nominees for two Audience Choice Awards at the 2013 Streamy Awards, which will take place Feb. 17 in Hollywood.

Tubefilter and Dick Clark Productions on Tuesday also unveiled the nominees for Personality of the Year and Series of the Year, opening voting until Feb. 11.

Many of the nominees for the Personality Award are also up for the Series award, whose nominees are “Bro Team Pill,” “Halo 4: Forward Unto Dawn,” “Husbands,” “Kids React,” “My Music,” “Red Vs Blue,” “SourceFed,” “The Lizzie Bennet Diaries,” “The Young Turks” and “Visto Bueno.”

The Fine Brothers run the MyMusic channel, for which they've earned a slew of other nominations such as Best Direction, Best Writing for a Comedy Series and Best Production Design. Bell is the star of "Husbands," which netted him a nomination for Best Male Performance in a Comedy. Both Bernie Su and Ashley Clements are involved in "The Lizzie Bennet Diaries," the former earning a nomination for his writing and the latter for her acting.

The winners of these awards will be announced live at the ceremony, which AMC's "Talking Dead" host and web personality Chris Hardwick will oversee.

Vanilla Ice and Shontelle will both perform, collaborating with YouTube stars like Chester See, DeStorm and Sam Tsui.