The company, led by recently-appointed CEO Mahi de Silva, is expected to file its direct listing confidentially with the Securities and Exchange Commission in July. Triller’s direct listing plan comes after the company initially looked at going public last year via a special purpose acquisition company, or SPAC.

A representative for Triller declined to comment for this story. 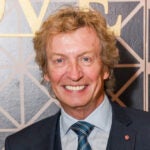 Also Read:
‘So You Think You Can Fight’ Series From Nigel Lythgoe in the Works at Triller

As dot.LA reported on Monday, Triller is also looking to raise $500 million in the interim in a deal that values the company at $4 billion — offering investors a 20% discount on its expected valuation once shares start trading publicly.

Former Relativity Media boss Ryan Kavanaugh co-acquired Triller in 2019, alongside entrepreneur Bobby Sarnevesht, and has evolved a fair amount since launching in 2015. The app was once looked at as a formidable American competitor to TikTok, allowing users to add music to their quick-hit videos.

More recently, the company has moved into live events and pay-per-view streaming. Boxing has become a key focus for Triller, with the app streaming the Jake Paul-Nate Robinson fight back in November, and more recently, Paul’s fight against MMA fighter Ben Askren. That fight was put on by Triller Fight Club, a new live streaming platform Triller partnered with Snoop Dogg on.

Triller on Tuesday announced it suspended its upcoming June 19 fight between Teofimo Lopez and George Kambosos after Lopez was diagnosed with COVID-19. The fight has been rescheduled for August 14.

TrillerNet CFO Paul Kahn told Reuters in April the company projects sales will top $250 million this year. Reuters also reported the company has 300 million users across all of its platforms.