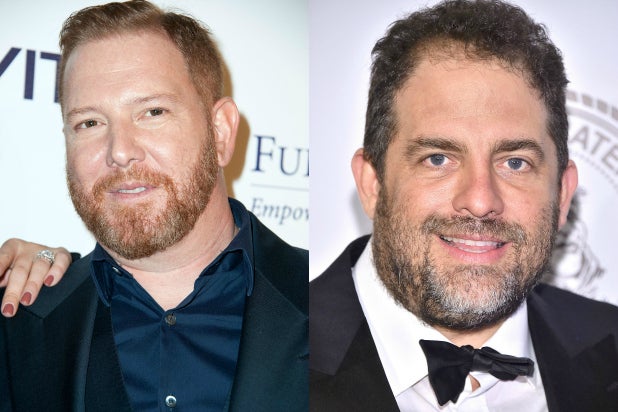 A storm of tweets from Relativity co-CEO Ryan Kavanaugh tore into “Rush Hour” director Brett Ratner, accusing him of casting-couch auditions, general sleaziness and just for good measure, being fat.

It’s the kind of rant that usually brings one of two responses: an apology, or a claim of being hacked. Kavanaugh, known for his outspokenness, also says Ratner lost his virginity to a “transvestite.”

At one point a Twitter user asked Kavanaugh what inspired the takedown and he said he had heard “a story from another model of Brett’s house and it was the last disgusting story I could hear.”

Neither Kavanaugh nor Ratner responded to requests for comment early Saturday, though many of the tweets were taken down just before we published.

At one point “House of Cards” executive producer Dana Brunetti tweeted agreement that Ratner is a “slimeball.”

@RyanKavanaugh and he has the gall to roll his eyes at the mention of our names. He's a slimeball.

“There is no one to bust me. So yes I say it as it is,” said one Kavanaugh tweet.

The tweets came as Kavanaugh is still dealing with Relativity’s bankruptcy. The studio’s releases include “The Fighter” and films in the “Fast and the Furious” franchise. He’s personally received executive producer credits on a number of movies including “Zombieland,” “MacGruber” and “Charlie Wilson’s War.”

Ratner himself has not tweeted about the attack.

Below are the screenshots of Kavanaugh’s tweets. The Relativity founder just joined the social media network last month.

Brunetti summed the whole evening up with some humor:

Earlier @RyanKavanaugh and I out having some fun. Only way I could get him off Twitter. https://t.co/FG5yABvdjd 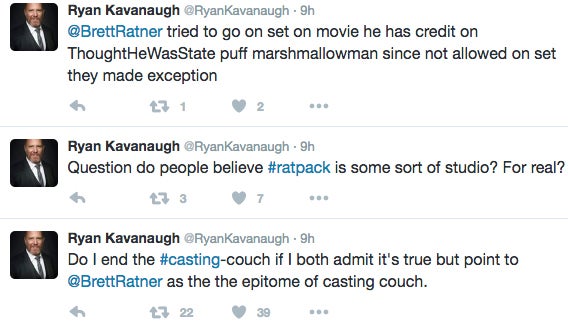 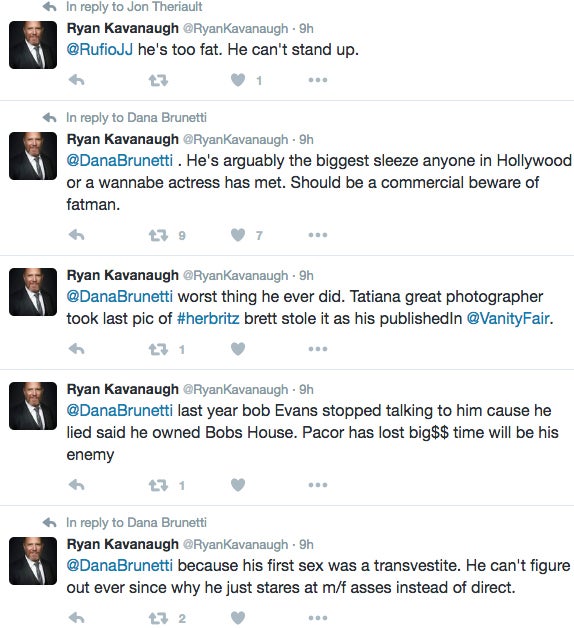 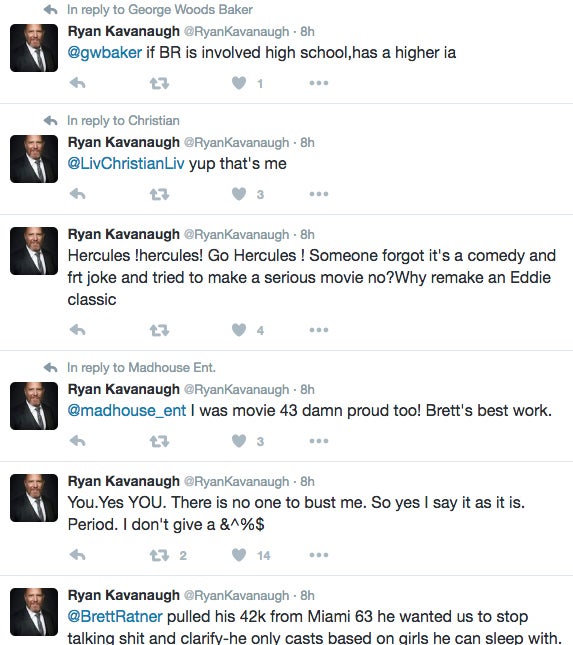 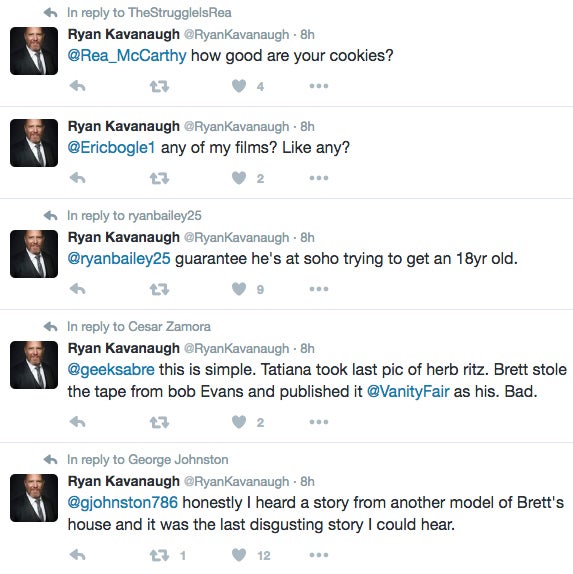