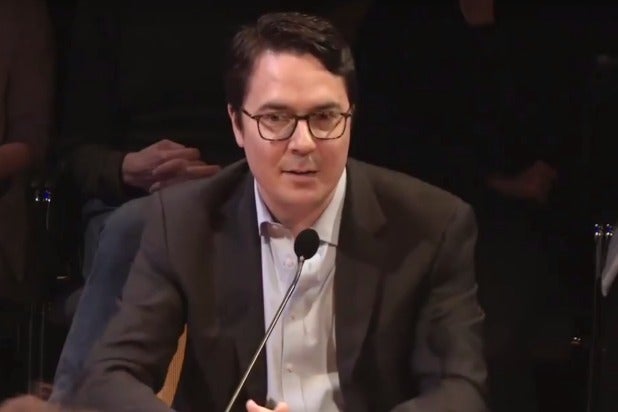 Ryan Lizza has returned to CNN after having been benched by the network last month following an accusation of “improper sexual conduct.”

He appeared on “CNN Tonight With Don Lemon” Thursday night to comment on a New York Times report in which President Trump was accused of attempting to fire Special Counsel Robert Mueller in June.

“Upon learning of The New Yorker’s decision to sever ties with Ryan Lizza in December, CNN pulled him from future on-air appearances while the network conducted an extensive investigation into the matter,” a spokesperson for CNN said in a statement to TheWrap.

“Based on the information provided and the findings of the investigation, CNN has found no reason to continue to keep Mr. Lizza off the air,” the statement added.

The political analyst had previously been a fixture on CNN’s lineup, with regular appearances in both morning and primetime coverage.

However, he was kept off CNN after The New Yorker — his former full-time employer where the allegations against him first surfaced — fired him.

Lizza had been a rising star at both The New Yorker and CNN until the accusations last December. His reporting on the swear-laced tirades of former White House Communications Director Anthony Scaramucci led to the latter’s resignation and was one of the major stories of 2017.