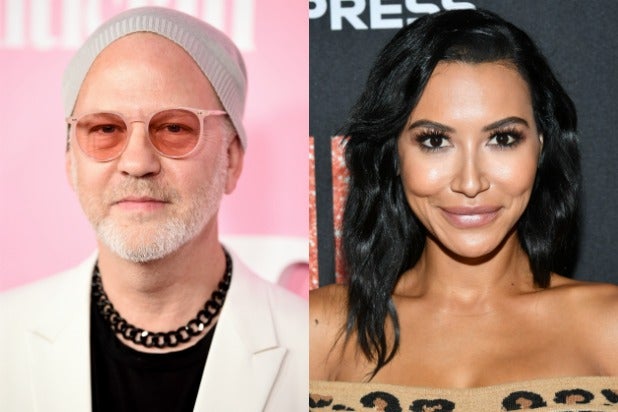 “Glee” creators Ryan Murphy, Brad Falchuk and Ian Brennan honored the late Naya Rivera on Tuesday, following the recovery of her body and confirmation of her death the previous day, saying the are “heartbroken over the loss” of the 33-year-old former “Glee” actress and starting a college fund for her 4-year-old son, Josey.

“We are heartbroken over the loss of our friend Naya Rivera,” the three said in a statement provided to TheWrap. “Naya wasn’t a series regular when we cast her on ‘Glee.’ She didn’t have more than a few lines in the pilot. But it didn’t take more than an episode or two for us to realize that we had lucked into finding one of the most talented, special stars we would ever have the pleasure of working with. Naya could act, she could dance, and she could sing (could she ever sing!) She could nail a joke as well as she could crush you with an emotional scene. She could move between being scary tough and deeply vulnerable with ease. She was a joy to write for, a joy to direct and a joy to be around.”

Rivera went missing last Wednesday after renting a boat at Lake Piru in Ventura County, California, with her son, Josey. When the boat was not returned on time, rental stand employees found the boat with the child wearing a life vest and unharmed, but alone, and authorities began a search. Sonar technology was brought to the lake given its low visibility.

A body was discovered at Lake Piru early Monday morning on Day 6 of the search for Rivera, with the Ventura County Sheriff’s Department confirming later that day it was Rivera’s.

The “Glee” creators’ statement continued: “Naya is responsible for numerous iconic ‘Glee’ musical performances- The Adele Mash Up, Valerie, Songbird- but her greatest ‘Glee’ legacy is probably the humor and humanity that she brought to Santana’s relationship with her best friend and eventual girlfriend/wife Brittany (played by Heather Morris). It was one of the first times an openly lesbian, high school relationship was seen on network television and Naya understood what ‘Brittana’ meant to the many young women who were seeing themselves represented on television for the first time. Naya always made sure that Santana’s love for Brittany was expressed with dignity, strength and with pure intentions. Naya was always moved by the girls who reached out to her to tell her how much Santana and Brittany’s love affected them. Naya’s obligation to them- and to all of her fans- was obvious. She had the rare combination of humility and endless confidence in her talent.”

Also Read: 'Glee' Cast, Other Stars Pay Tribute to Naya Rivera: 'What a Force You Were'

“Naya was a real pro,” Murphy, Falchuk and Brennan added. “Always on time, always knew her lines (which wasn’t easy considering the giant mouthfuls of dialogue we often gave her), always kept everyone laughing on the set. She was warm and caring and fiercely protective of the rest of the cast. She was tough and demanding. She was fun. She was kind. She was generous. There were ups and downs during the wonderful and stressful years we spent making ‘Glee.’ We disagreed, we fought, we made up, then we fought some more, than we made up again. The kinds of things that happen in a family. Naya was more than just an actor on our show- she was our friend.”

“Our hearts go out to her family, especially her mom, Yolanda, who was a big part of the ‘Glee’ family and her son Josey,” they said in closing. “The three of us are currently in the process of creating a college fund for the beautiful son Naya loved most of all.”

During a Monday press conference following the discovery of Rivera’s body, Sheriff Bill Ayub said “based on the location where the body was found, physical characteristics of the body, clothing found on the body, and the physical condition of the body, as well as the absence of any other persons reported missing in the area, we are confident the body we found is of Naya Rivera.”

Also Read: 'Step Up' Season 3 Production Schedule 'Had Not Yet Been Determined' Prior to Pandemic

Authorities said that there was “no indiction of foul play and no indication that this was a suicide.” A cause of death has not yet been determined.

The former “Glee” star most recently appeared in the TV series adaptation of the “Step Up” dance movies, which previously aired on YouTube Red and will air on Starz for its upcoming third season. Her other credits include “Devious Maids,” “The Bernie Mac Show” and “American Dad.”