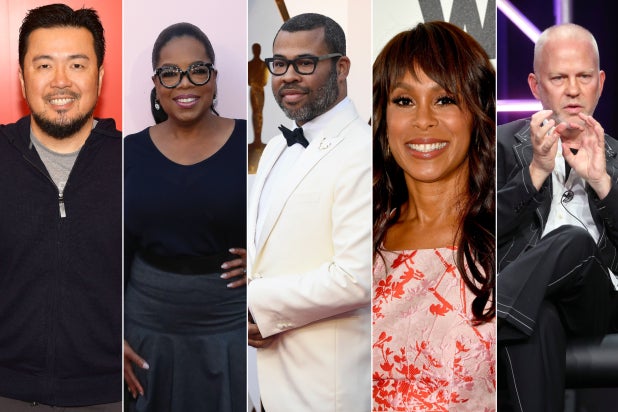 Jordan Peele’s “The Twilight Zone” is one of the most-anticipated shows of 2019: a bold take on a beloved classic, from an A-list risk-taker. CBS scored a coup by landing it — but CBS won’t air it.

Instead, it will debut on CBS’s streaming service, CBS All Access. Welcome to the Streaming Zone, a time and place in which streaming is so dominant that even the biggest TV network is going all in.

The irresistible allure of the Streaming Zone has pulled some of the most talented people in television to Netflix, Amazon and Apple. Peele joins Shonda Rhimes, Ryan Murphy, Oprah Winfrey and many others in a new reality where content seems to go on forever.

Streaming companies spent much of 2018 building this new reality, one where creatives are no longer limited by timeslots or network censors.

“They hired mainstream talent, they took advantage of the fact that they’re no longer constrained by time,” said Alan Wolk, co-founder and lead analyst at media consulting firm TV[R]EV. “They can reach the upscale coastal audience, while also reaching the mainstream audience.”

“We know that CBS has been a big-tent brand for 90 years, but we’re in an environment where people have to pay specifically for our service,” Julie McNamara, executive vice president of original content for CBS All Access, told TheWrap. “We’re ramping up, and have been given the resources to ramp up meaningfully and quickly.”

Since 2014, the number of scripted shows to air on streaming services has exploded by 385 percent, totaling 160 this year, according to FX Research’s annual scripted original series count. For the first time, streaming accounted for the largest percentage of scripted series on any platform — 32 percent. Both broadcasters and basic cable TV scaled back in 2018.

After luring Rhimes away from ABC Studios last year, Netflix begin 2018 by signing fellow uber-producer Murphy to an eye-popping $300 million deal, getting him to leave his own longtime home at 20th Century Fox. Netflix next enticed “Black-ish” creator Kenya Barris, after he cut short his deal with ABC Studios.

Amazon landed Peele with a first-look TV deal fresh off his Oscar win for “Get Out,” while Apple embarked on a spree that included Winfrey and “Fast and the Furious” director Justin Lin, who was lured away from Sony Pictures TV.

Though Netflix’s expensive deal to keep “Friends” on its service for at least another year proved the continuing value of existing content, streaming companies know they need to create their own hits.

Netflix will no longer receive any new programming from Disney beginning next year, because Disney is saving its content for its own upcoming streaming service, Disney+.

“There’s an anticipation, certainly from Netflix and I suspect other streamers, that over time, they are not going to have access to HBO or Marvel,” Todd Klein, a partner at investment firm Revolution Growth. “They’re going to have to begin to build their own content worlds and content brands. It’s creators and showrunners that really get to people… They might as well get started now.”

The network executives who remain at broadcast networks include Karey Burke at ABC and Paul Telegdy and George Cheeks at NBC.

Broadcasters — and everyone else — may want to keep prized talent close: WarnerMedia will launch its own streaming service by the end of next year.

And then there’s Apple, perhaps the biggest mystery of in the Streaming Zone.

Apple’s 2018 included a barrage of eye-raising series announcements from the likes of J.J. Abrams, M. Night Shyamalan and even Sesame Workshop. But no one has seen anything, or even knows what kind of platform they will air on.

“I can’t imagine that the conversation between Oprah and Tim Cook went something like, ‘Oh, we’ll figure out the distribution’… I’m sure he had to tell her something,” Wolk said. “I’m sure they all didn’t just sign up on a wing and a prayer.”